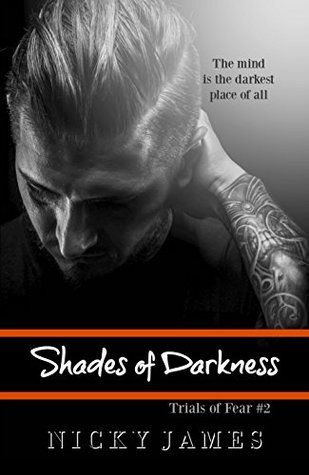 Six years ago, an unforeseen incident turned Rory Gallagher’s life upside down. Now, he lives in darkness, fearing the sun, fearing light altogether. Rory has developed Heliophobia. As a creature of the night, Rory has learned to adapt to his unusual lifestyle. He draws comfort from shadows and safety from the nighttime hour. Unfortunately, his mind is the darkest place of all, and the one place he can’t seem to escape.
Finding help isn’t easy, but when Rory registers with a local, twenty-four-hour counseling center, the man he meets surprises him in more ways than one. Young psychology student, Adrian Anderson, is Rory’s complete opposite. How will this smart, preppy, do-gooder ever get through to the man with a chip on his shoulder who has learned to hate the world?
It doesn’t take long for Rory to discover they have something horrific in common. Despite rules and regulations, this sad detail helps them form a bond neither of them expected. Could Adrian be the shining light Rory needs to dispel the darkness for good?

Phobia, an extreme or irrational fear of or aversion to something. Heliophobia, a fear of the sun, sunlight, or any other form of bright light. This is the second book in the Trials of Fear series, and it can be read as a complete stand-alone. The interesting thing about these books as well as most of Mrs. James books is the uniqueness of the story-lines. She writes about topics that are so intriguing and are so unlike any other books I’ve ever read in this genre. In this series, we meet characters with extremely difficult phobias. Phobias that affect the characters everyday lives to a point of being debilitating. These are phobias that actual people suffer from, and some of us have never even heard of them. In this book, the topic is heliophobia, the fear of the sun, sunlight, or any other form or aversion of bright light.

Rory Gallagher’s phobia stems from a traumatic event that left him not only broken and scarred but unable to tolerate any form of bright light. He’s relegated himself to his home, and darkness with very little contact with the outside world. His trust issues that formed as child have become so ingrained that he’s only had one friend in the past six years since the incident that took his freedom. Rory had my heart from the very beginning. He had so much depth to his character that I felt at times I was reading a biography instead of a fiction. I felt his frustrations, and even his triumphs. He’s a character that will most definitely stay in your heart. I loved how he never took crap from anyone. Even though his phobia wouldn’t allow him any real normalcy, he never whined or played the victim card. He was also so stubborn at times that I wanted to smack him. With a not so gentle push from his best friend, Krew, Rory finally decides it’s time to seek help for his disorder.

I don’t normally write about secondary characters in my reviews, but I have to give a shout out to Krew. Krew is Rory’s best friend/coital companion. I love his character. He has so much personality, and he really brings so much life to the book. He’s so sassy and confident. He really loves Rory as a friend, and he’s been Rory’s rock and support system for as long as Rory has known him. I’m dying for Krew to get his HEA. He deserves so much love and happiness.

Adrian Anderson comes from a well-to-do family, his father is a neurosurgeon, and he had expected Adrian to follow in his footsteps. Adrian decided to study psychology instead. After getting his bachelors in psychology, he gets a job as a mental health counselor for a government-run mental health center. Because of Rory’s unique circumstances, Adrian is assigned his case. After a couple of mishaps, these two soon learn that they have more in common than they originally thought. Adrian is such a loveable character. He’s in such a crappy living situation, and yet he stands tall, and pushes forward. He knows who he is, and what he wants in life, and he’s not letting anyone or anything stand in his way. When he meets Rory, it’s not the typical insta-love, well not between him and Rory anyways.
I thoroughly enjoyed this book. The characters were so dynamic and absolutely intriguing. The entire storyline was so exceptional I couldn’t put the book down. Each character brought something so unique to the story. They all came from diverse backgrounds, and each faced adversity, but they never made me feel like they were whining or being overly dramatic. Mental health disorders are such a taboo subject in many genres. You don’t see many fiction books that touch on the subject let alone go in depth as much as Nicky James’ books do. She has a way of telling a story while also bringing awareness to these disorders that always has me googling the subject afterward, and sometimes even during the book.

I highly recommend this book as well as her Healing Hearts series and Love Me Whole. Each book is unique and so heartfelt. I always say her guys have a special place in my heart, and they always will.