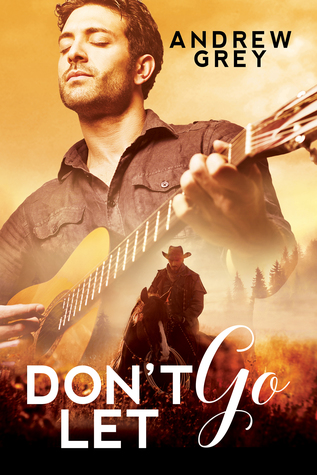 Avery Rivers is a country music sensation, selling records by the millions and playing to sold-out crowds. But behind that persona is Robert, a burned-out musician cracking under the pressure. He’s unable to write any new songs, and he wants out of the business—at least for a while. He changes his appearance and finds honest, hard work in Jackson, Wyoming. Maybe getting to be a regular guy for a while will get him past his block.
Hy Whitely was a championship bull rider until he watched his best friend thrown in the arena and decided the rodeo circuit was no longer the place for him. He wants to be plain old Zeke for a while, and when he returns to his family ranch, he bumps right into Robert—a one-night stand from his last rodeo appearance who is now working there as a ranch hand.
The heat between the men could sear the grass off the range, but each one is hiding a secret. Robert and Zeke, the men behind the public images, fall in love, but can they hold on when Avery and Hy are pulled back into the spotlight?

Andy Rivers is one of the most famous and talenedt country’s singers of his generation. After months on the road, Andy Rivers wants to disappear away from the spotlight and just be Robert.

Hy Withly is a bull rider who, after seeing his best friend Carson die in the Arena, wants to take a pause, and just being Zeke a ranch farmer.
When Robert and Zeke meet, everything is simple and natural between them, but what will happen when Zeke meets Andy and Robert meets Hy? Could what they start as Robert and Zeke, two anonymous men survive the spotlight, press, and fans?

Robert is exhausted by his life, being on the road, being constantly pressed for more by his agent, managers, and fans. It burned him out, and he needs a break. He needs to find his creativity—to find himself. When he meets Zeke, Robert finds more than his creativity, but he doesn’t know how to deal with it without losing Zeke.

Zeke had always wanted to be a bull rider champion, it was his dream since he was a kid, but when he loses his best friend in the arena, Zeke re-thinks everything and goes back to his home, hoping to find answers at his questions. Meeting Robert wasn’t in his schedule, but maybe he will help him to find his path.

I loved both men, they’re honest, simple, and don’t play games. Even, if at first, both men don’t reveal their alter-ego, it wasn’t manipulative, they just wanted to be loved for the men they were, not the artist or champion. I really liked this about them, just like I loved how they connect, with simplicity, like it was meant to be. It was well written, and I could feel it in my read.
The plot was good, easy to follow and consistent without too much angst. The secondary characters are lovable and give a good a dynamic to the book.

I gladly recommend this book. It was a beautiful ballad, the kind you hummed with a secret smile on your lips.
4 OptimuMM’s for the rider and his artist.