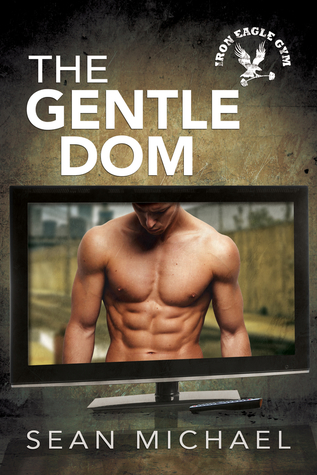 When one of their own is threatened, the men of the Iron Eagle Gym will stand together and prove they are stronger as a family.
Stuntman Barclay Drambor suspects his fall from a roof was no accident. He believes his abusive ex was responsible, but he can’t prove it. Fortunately, a year has gone by with no word from Duncan, letting Barclay move on with his life—and that means dealing with the aftermath of his injuries. He finds personal trainer Reece “Rec” Gordon through a member of the gym, and it’s not long before their workouts together become much more intimate. Rec is gentle and goes out of his way to make Barclay comfortable, and in no time there’s talk of moving in together….
But just as Barclay is healing and finding a place to belong, Duncan returns to destroy his happiness. Though Duncan will learn he’s messing with the wrong group of men, in the end, Barclay must face him. Will Rec’s love and the friendship of the others at the gym give him the confidence to stand up for himself?

The Gentle Dom is the seventh book in the Iron Eagle Gym series by Sean Michael. I’ve read a couple of the other books in the series and greatly enjoyed them. I can’t wait until I have read them all. This book is a standalone book.

There are cameos from some of the other Iron Eagle members from past books, but you don’t have to have read their stories to enjoy them in this book. This book centers around personal trainer Reece “Rec” Gordon and stuntman Barclay Drambor. The book is well written. There were a few editing mistakes, but they weren’t very distracting. And there was more than enough sex in the book. Lots and lots of sex. So if you don’t like your books with a lot of sex scenes and just enough other interactions outside of the bedroom to satisfy a plot, then this book and series are probably not for you. I happen to really enjoy lots of sex scenes in my books, so for me it is usually a treat, but even this book was riding the line on too much sex. It had started to lose its titillation, and I wanted them to leave the bedroom just a little bit more. Maybe see a little bit more of Barclay’s rehabilitation. But otherwise, I loved the book.

Barclay Drambor is a stuntman that’s recovering from falling from a roof. His only goal is to get his body strong enough to get out of his wheelchair and get back to work. After finally being cleared by his doctor to begin working out again, he meets one of his friends that recommends his friend Reece that works at the Iron Eagle Gym to help him with his recovery. Barclay is also pretty sure that his fall from the roof wasn’t an accident. He believes his abusive ex was responsible, but he can’t prove it and nobody that he’d told believed him.

Reece “Rec” Gordon is a personal trainer for the Iron Eagle Gym and a Dom. I liked Rec. I liked getting to see how Barclay recovered and how Rec introduced him into the BDSM lifestyle. He didn’t push or try to introduce him into things that were a turn off to him. He got to know him and his likes and dislikes. I liked their instant chemistry. You could feel the attraction that they had for each other. And I liked that Reece believed Barclay when he told him his suspicions about his fall from the roof. They were just great together.

Overall, another great addition to the Iron Eagle Gym series. I hope this series continues for a very long time.