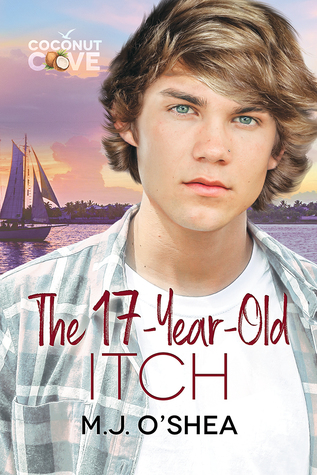 An old conflict boils up behind the scenes of Coconut Cove.
The popular show is about to start filming its second season, and Tony Adams is happy to return to sunny Key West and his role as innocent Joey… mostly. Being back on set also means facing Casey. They had indulged in a scorching behind-the-scenes tryst during season one, but it ended in heartache for Tony. It still hurts.
When they return to Key West, nothing has changed. Casey takes his role as hot dad a little too far and can’t seem to remember that Tony isn’t the teenager he plays on TV. Tony’s tired of being Casey’s dirty little secret—he’s more than man enough for a real adult romance—and draws a line in the sand. Either Casey acknowledges him and their relationship publicly, or he’s calling it off between them.

Book four in the Coconut Cove series is the story of Tony and Casey. We’ve seen them throughout the series in various parts, and the authors have hinted at some turmoil between the two, but now we finally get their book. The book is once again set in Key West, Florida and is taking place during the filming of the second season of the television show Coconut Cove that both characters star in.

With Tony’s character, I had to go back and try to get a feel for him because this book was a little difficult to grasp in terms of who Tony actually is. I know by now he’s tired of being labeled as adorable and cute. His attitude in the book was of a scorned lover, so there wasn’t much else about his personality that I really saw.

Casey is the older man in this book. He’s told Tony that he can’t be with him but never explained why. Casey wants Tony but doesn’t want Tony. He has reasons, but it takes to the end of the book before we find out and then it was pretty anticlimactic.

The heat was good in the book during the moment. I wish I got more from the characters. I’m not sure why we needed the scenes from the show in this book. They didn’t tie anything together or really add anything to the entirety of the book. As a couple, these weren’t my favorite, but I am looking forward to reading more of the series.