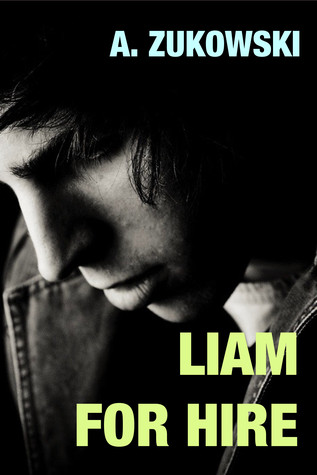 Liam Murphy has kicked his drug habit and now pays for the high living costs in London as an escort. His life is finally in balance. His only problem is that he obsesses about the minimum number of times he has to bend over to make ends meet. As long as he has his emotions under control, it’ll be fine. That’s what Liam keeps telling himself until he meets the young widower Alastair, also known as Ali, whose emerald eyes remind him of Ireland.
“I…I want us to have sex as though we’re making love.”
Making love? Jaysus.
I scratch my head. “Okay. You mean more kisses and shit?”
Ali laughs.
“And shit.” His face lights up and he looks about ten years younger. “Like cuddles.”

Liam is a junkie and an escort boy. After an OD, Liam decides to take back his life, but when you’re homeless without any family who supports you, the options are limited. Liam began as an escort boy. For 18 months, Liam counts his clients in order to pay his rent, fifteen that’s the number of tricks he has to do to pay his rent. Until Alistair. He wants Liam, not the escort boy, just Liam.

Is it possible? Can a junkie in recovery who sells his body for a living find love? That’s what Liam will have to find out while trying to figure out how to live his life without drugs and tricks.
“Liam For Hire” by A.Zukowski features Liam from The boy who fell to earth. It can be read as a standalone. It was my first book by the author, but won’t be my last.

I didn’t know what to expect from this book, well, no I lied, I expected a gay modern version of Pretty Woman, with Liam as Julia Roberts and Alistair as Richards Gere. That’s what I expected, and it wasn’t what I had. It was better, beautiful, and profound. I loved this book.

Liam had a shitty life, but that’s an understatement. I didn’t read (yet) The boy who fell to earth, so I don’t know exactly how Liam was in this book, but we have a glimpse of his past, his guilt, what he’d been through, and he broke my heart. He had an awful life, and he’s only 22 years old when the book starts, for 4 years he was literally in hell. When he met Alistair, Liam couldn’t believe that a man like him wanted a boy like him. He tries to push Ali away, but it almost destroys him.

Alistair is a widower, who at 45 years old decides to experiment with his sexuality. He knew he was gay but never act on it. He was married and too scared to come out to his wife. When she passed away, Alistair decides to experiment and hire an escort boy, Liam. Their age gap wasn’t a problem for them, Liam may have only been 22 years old, but what he’d been through gave him maturity sooner than other kids of his age. Their connection is automatic, and they fit perfectly together, but Ali will have to fight hard to prove to Liam that he’s serious and wants him.

The story is told from Liam’s Pov and it was very well written. We were deep inside his thoughts, fears, traumatic memeories and hope. It wasn’t simple to read, and I may have had some tears during my read. Liam is a tortured soul, and the author shows us this perfectly.
This book was full of feelings, good and bad, but never forced. The author wrote it with sobriety, it wasn’t too much or not enough, it wasn’t forced on us. I liked it. I liked how the author wrote it and tackled those difficult topics.

I completely loved and melted for this book and the characters. I will read the next book about Chris, and I just bought The boy who fell to earth.

5 OptimuMM for the Geek and his Flutist