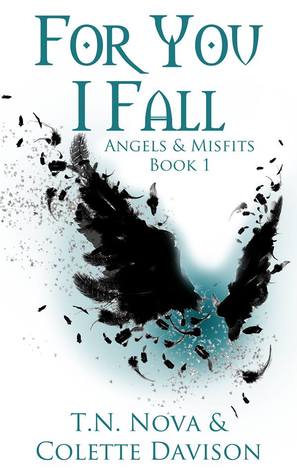 Despite having had a rough life, Seth has a big heart. After spending nearly ten years sleeping rough on the streets of New York, he’s managed to get himself freelance work and a place to live. But his new found security is about to be torn apart, as the horrors of his past come back to haunt him in the worst possible way.
Dante was sent to watch over a young Seth when his mother died. As an angel, he had many rules to follow. The most important of which was to never fall in love—especially when it involves a human who is your charge. For the last ten years, Dante has kept his feelings for Seth hidden. That is until the night Seth’s past catches up with him.
When Seth is murdered, their destinies are changed forever. Feelings and emotions come to the surface, but will the rules that govern the afterlife keep Dante and Seth apart for eternity, or will they be able to find their happily ever after together?

Dante is an angel who watches over his human charge Seth. For 10 years, Dante helped Seth to reach his path, and protect him, until Seth is murdered and has to make a choice for his afterlife.
Dante and Seth will have to find a way to find justice for Seth and be together for eternity, but time and other paranormal forces are against them. An eternity with the man they love is at risk if they fail.

I liked this boo, it was a sweet love story.

Dante has been an angel since he was created, he belongs to the caste who watch over humans, he has his charges and helps them in their destined paths. But everything changes when Dante falls madly in love with Seth. Rules, in the angelic plane, are strict, love is forbidden, and the angel can be kicked out and live an eternity on earth as a fallen angel. Dante knows the risk, but he’s ready to take them all for Seth.

Seth is a good person with a big heart. He had a rough life but never stopped helping others and love people in need. When he’s murdered, Seth refuses to be at peace and wants justice. He didn’t plan to fall in love with Dante, and he’s scared to lose him for eternity after their mission is accomplished.

I liked them both and they complemented each other perfectly. Dante is protective of Seth. He wants him to be happy, safe and loved, and for that Dante is ready to take all the risks. I really liked this about him. Seth is a sweetheart and he wants to help people. He did it when he was alive, always ready to help the homeless in his city. I liked how kind, smart and devoted he was. They were a very good match, and I couldn’t love one more than the other.

The plot and the story were good. We alternate between Seth and Dante’s pov, but sadly sometimes it was too repetitive. Some chapters were practically the same as the previous one, but with Seth or Dante’s pov and inner thoughts, but even with that, sometimes it was difficult to hold my attention and still be in the story.

All in all, it still was a good story, and a pleasurable book.

It’s 3 OptimuMM for the Angel and his Protector.

2 thoughts on “Review: “For You I Fall” by T.N Nova & Colette Davison”