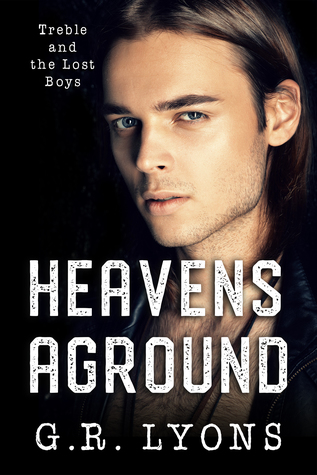 Ryley Skye can’t take anything seriously. Not the murder scenes he investigates, nor the fact that he’s cheating on his boyfriend. Not the bloody nightmares he gets every other night, and especially not Vic’s ridiculous theory that Ryley might be a mage.
Magic? Him? There’s just no way.
When Vic decides he’s had enough of Ryley’s cheating and breaks things off, it couldn’t come at a worse time. They’ve just been handed a case that will require them to work closely together, whether they like it or not. But Ryley plays along. He has to. He can’t afford any kind of confrontation. Things happen when he gets angry or aroused. Weird things. Bad things. He has to stay bottled up and in control at all times.
Then he meets Asher Arden, and indulges in what he thinks is a little rebound fling. But when Ryley loses control and puts Asher’s life at risk, he realizes two things: He loves Asher more than anything else in the world…
And Vic just might have been right all along.
(Note: This story takes place in a fictional world, the same as in the Shifting Isles Series. There are multiple gods, different names for the days of the week, etc. A glossary is included.)

The author has done it again! He’s sucked me in, and I need the next book yesterday. I absolutely love these characters in this series. The author tells such a story that your heart just aches until the end. The reality of what some of these characters go through, to this day, still breaks my heart. Being a woman, I will never understand what a gay man goes through just for being gay, but my heart aches so much anyway. I loved my children unconditionally, and it blows my mind that there are parents that do not.

Now to talk about the characters without giving too much away. This second book has a lot of little twists and plots that I sure don’t want to spoil anything for you.

Vic and Ryley have been together for six years, but Ryley can’t stop cheating on Vic. But Vic will not have sex with Ryley. Ryley has terrible nightmares about lots of blood in his hair and lungs. Vic is very good at calming him down after one, but it’s not enough for them to stay together and Vic moves out.

Ash was pushed off a boat by his own father 15 years ago and survived. He’s been reliant on himself for shelter and food but he’s not had any human contact for all these years. Ryley has been investigating this case as of recently, and Ryley had found a clue, so he traveled to this island by himself. It blew my mind how Ryley introduced himself to Ash.

They bring Ash home and try to introduce him to humanity again. This is not an easy task, as you can only imagine. Ry and Ash have a great connection, and Ry wants to be faithful to him. Weird. But every time they have sex, the lights go crazy, and Ash ends up in some kind of pain. Vic had told him about the lights before, but Ry wouldn’t listen. It isn’t until a tragedy happens that he finally listens.

Will Ash get accustomed to society? Will Ry actually be faithful to Ash? Why won’t Vic have sex? So many questions and so little answers. This is an intense read. Well, it was for me. I hope you enjoy it as much as I did. I apologize if this review seems vague but like I said, I don’t want to give away any spoilers.