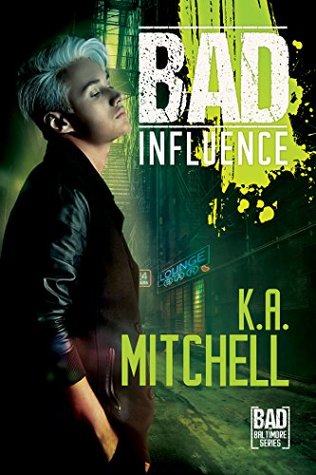 To remake their future, they’ll have to use pieces of their broken past.
The young man the world knew as Jordan Barnett is dead, killed as much by the rejection of his first love at his moment of greatest need, as by his ultra-conservative parents’ effort to deprogram the gay away.
In his place is Silver, a streetwise survivor who’s spent the last three years learning to become untouchable…unless you’re willing to pay for the privilege. He shies away from anything that might hold him down long enough for betrayal to find him again.
Zebediah Harris spent time overseas, trying to outrun the guilt of turning his back on the young man he loved. Now, almost the moment he sets foot back in Baltimore, he discovers Silver on a street corner in a bad part of town. His effort to make amends lands them both in jail.
Trapped together in a cell, Silver sits on his mountain of secrets and plans a seductive form of revenge, but finds that using a heart as a stepping stone is no way to move past the one man he can’t forgive, let alone forget.
Warning: Contains a surly hero. May cause angst. A prolonged delay in sexual situations may cause frustration. Author recommends a steady dose of familiar friends and characters to alleviate those symptoms. No actual teenagers were used during the construction of the backstory.

I have just loved this series, and this was no disappointment. Mitchell has really tugged at the heartstrings this time. I loved how she deals with real-life situations that occur, but people like to pretend they don’t. Homophobia is real, HIV is real, Teen homelessness is real, and teen sex is very real. I know some people have issues with teen sex, but it was a 17-year-old. I was that age myself, and I was into older men myself. It was only a 5-year gap. That isn’t nothing. So, if these issues bother you, this is not the book for you.

Jordan, aka Silver, was brought up by a horrible family that sent him to a camp to take the gay out of him. Such a ridiculous notion. He was caught having an affair with his teacher. They really cared for each other. But it all came to a halt when his family sent him away. So he ran away and became a homeless teenager that sold himself to survive. Then one night at the club, he sees this teacher again and freaks out.

Zeb, aka teacher, sees Jordan in the dance club and follows him out when he ran out. There’s a confrontation and the homophobic cops show up and arrest them both. Zeb struggles with why Jordan treats him so badly. It’s like Zeb is to blame for everything that’s happened to him. When the truth is, he lied to Zeb about his age all those years earlier.

I really love how the characters from previous books come together to help Silver cope with everything going on including his HIV diagnosis. This book deals with a lot of issues but is wrapped up in a pretty red bow. Blood family isn’t always best for people. The family we hand-pick and surround ourselves with can be more of a family than the one we were born into. HIV isn’t like it used to be. I love how his friends support him and don’t treat it like a death sentence. It’s not a death sentence anymore. There’s good medicine to keep it bay, and you can live your life as anyone else. Safe sex should be an everyday practice, so why do people have to act horribly.

Zeb and Silver go through a lot, but their love is there and will get them through some of the roughest life choices. This book proves to me that no matter the situation, no matter the terrible family dynamics and no matter your past, life can be good. You just have to keep putting one foot in front of the other.