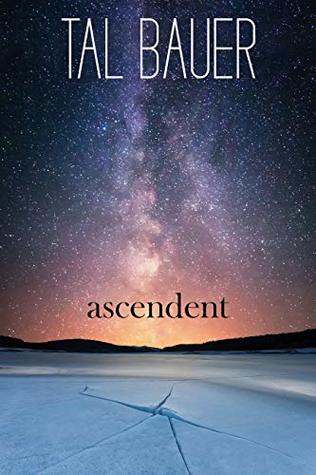 Sasha Andreyev grew up on the wrong side of nowhere, dreaming of starlight as he strangled a secret. He fled, enlisting in the Russian Army, and worked his way up the ranks. Years later, after surviving a beating and being left for dead, he found a new life in Moscow, working with President Sergey Puchkov.
And then, he fell in love.
Desperate to avoid his runaway heart, crippled with a shame that infected his soul, and ravaged by demons haunting his memories, Sasha ran.
But he could never escape Sergey, or the gravitational pull of their love.
Nightmares trail behind his every step and weary ghosts live in the hollow chambers of his soul. He’s spent a lifetime brutally eviscerating the parts of himself he despises, and he’s an empty, shattered shell, struggling to be the man worthy of Sergey’s love.
The pieces of his soul he cut out are the very ones he needs in order to become the man he yearns to be. He’ll need to face himself, and his past, on a journey into the frozen heart of Russia, and into the midnight depths of the dead lands.
Only then can he ascend from the darkness, and be the man Sergey needs at his side.

Ever since I read the blurb of Enemies of State, I knew I had to get my hands on that book. That happened when all three books of the series were out. I knew it would be a good read, but I didn’t know that would discover an amazing author … Tal Bauer.

He has a talent for playing with words, words that you’re connected with and become part of you, installing their meaning deep inside the reader. I fell in love with Ethan from the very beginning. Their story captured thousands and thousands of readers, of whom I wasn’t an exception either.

Reading the series, I first met Sergey, the strong Russian President, who plays games with Jack but later they become close friends. And then Sasha appears and my attention switches from JATHAN (Jack/Ethan) to Sergey and Sasha. They become my favorite couple. I could relate to both of them, maybe because I, myself, grew up under a communist regime, and I knew exactly the deep meaning of their every thought. Honestly, until and unless you had the same experience with a dictatorial government, it’s really hard to identify with some of the things thees two marvelous characters go through.

And now finally I get to read their story. I was anxious at the end of Enemy Within because I didn’t get my fair share of Sasha and Sergey. Later on, I learned that Tal planned to release a book dedicated only to my favorite guys.

Ascendant is very Russian-like literature. If you had the opportunity to read Tolstoy, it would compare on some level with the feeling that this book gives away. The shadow of communism, the always-lacking, the carved out path of the future, to not having the option of choice, it all comes back in the book. The brooding Russian-love, the self-doubt, the not-good-enough.

Sasha suffers. His self-hatred of being gay and his love for Sergey are slowly killing him. The Arctic chill of Siberia freezes his insides and the only source of heat seems to be his sun, Sergey. But that’s not enough. He knows that for him to truly be able to love Sergey, he must find the part of his soul that he buried deep under the ice of Siberia.

Sergey is happy to have Sasha at his side, even though he knows that Sasha must leave again to be trained by NASA and become the future of the Russian space program, the only astronaut. Thier love must remain hidden because the future of Russia depends on it.

This book will make you love Russia. I always had a strange attraction to Russia. The hugeness of her history, culture, and art is ever-present in European culture. We learned it in school, and we talk in private gatherings. Ascendant also touches the Meta of the life. I’m not shocked that Tal talks about it in his book. Russian scientist are very much open for meta-science being that biology or physics. Also, they have a large amount of alternative healers who use bio-energy for curing. I witnessed many causes where these alternative bio-energetic treatment have a positive effect.

The journey of Sasha to find his lost self is amazingly written. Thanks to Tal’s genius-ness, you can really get a real feel of the multi-cultural, multi-ethnicity of Russia, and Tal’s utopian vision—that I deeply share—will put a smile on your face.