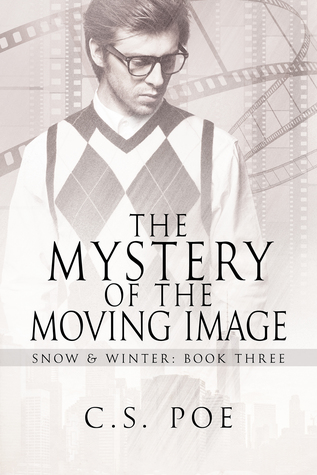 It’s summer in New York City, and antique shop owner Sebastian Snow is taking the next big step in his relationship with NYPD homicide detective, Calvin Winter: they’re moving in together. What should have been a wonderful week of playing house and celebrating Calvin’s birthday comes to an abrupt end when a mysterious package arrives at the Emporium.
Inside is a Thomas Edison Kinetoscope, a movie viewer from the nineteenth century, invented by the grandfather of modern cinema, W. K. L. Dickson. And along with it, footage of a murder that took place over a hundred years ago.
Sebastian resists the urge to start sleuthing, even if the culprit is long dead and there’s no apparent danger. But break-ins at the Emporium, a robbery, and dead bodies aren’t as easy to ignore, and Sebastian soon realizes that the century-old murder will lead him to a modern-day killer.
However, even with Sebastian’s vast knowledge of Victorian America and his unrelenting perseverance in the face of danger, this may be the one mystery he won’t survive.

Sleuthing is the name of the game, and Mr. Sebastian Snow is the reigning champion. Despite his NYPD detective boyfriend Calvin Winter vehemently urging Sebastian to do the exact opposite. Who knew owning an oddities store would be so exciting? Just as these two start settling into their life together, Sebastian receives a mysterious package that sets off a series of unfortunate events that Sebastian can’t help but put himself right in the thick of.

Sebastian is so quirky and lovable. He’s got a quick wit and a brilliant mind. He’s also as surly as an old grandpa and doesn’t let many people into his personal bubble. He’s definitely an acquired taste. Once again, he finds himself in a spot of trouble when he starts investigating the murder of a man from the 1800’s from a film reel that isn’t supposed to exist. As he goes off to gather more information about the film and the men involved, he also has to learn to open up to Calvin about his insecurities. He hides behind his sharp tongue and unassuming nature, so people don’t see how insecure he actually is.

Detective Calvin Winter, sexy redhead, ex-military badass is just as swoony in this book as he is in the others. He’s used to Sebastian and his curious nature, but it doesn’t keep him from worrying and stressing out about his boyfriend’s nosy by nature tendencies. As he’s getting the couple settled into their new apartment, his beloved calls him when he watches a murder on an old-timey film reel. He expresses that there isn’t much to be done, but he knows that isn’t going to deter Snow. When Sebastian calls him later from the emporium after receiving word that his business had been broken into, he knows its back to work at his second full-time job of keeping his boyfriend out of trouble.

Love this series more and more with every book. Definitely one of the best mystery series out there. It has such a good balance between the characters’ relationship and the storyline plot. They weave together perfectly.

I highly recommend this series, and I do not advise reading them as a stand-alone or out of order.