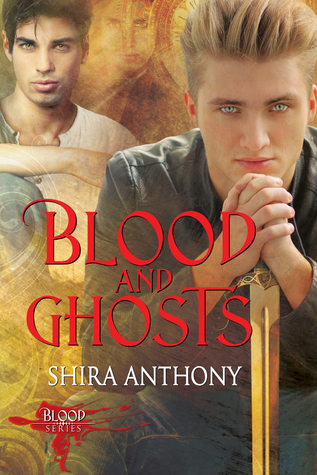 Sequel to Blood and Rain
With vampire Nicolas Lambert’s marriage to a rival clanswoman only weeks away, Adrien Gilbert struggles to come to terms with his defeat at the hands of Verel Pelletier, a vampire hunter and an immortal like himself. Adrien and his former teacher, Roland Günter, begin to explore his newly acquired abilities. But without his soul’s sword, Adrien flounders.
On Nicolas’s wedding day, a two-hundred-year old secret is revealed, sending the wedding party into a blazing battle between hunters and vampires. Once again Adrien finds himself facing Pelletier’s superior strength. Just as Adrien believes all hope of a future with Nicolas is lost, he finally learns his true gift—he can turn back time. But time travel comes with a high cost. To save Nicolas, Adrien must become strong enough to use his power without descending into madness.

Book two in the Blood series and I was on the edge of my seat. This book was incredible. I was so enthralled I dared anyone to interrupt me while reading this. Once I started it, I couldn’t put it down. This installment was much faster-paced than the first, so you really have to pay attention. This book will start tying things together that happened in book one. The time travel can be a little hard to follow at times. There’s just so much happening that a few times I had to go back and reread a page or two so I didn’t get lost. The storyline again in this is fantastic. The world building and the character development is top notch.

Adrien is now an immortal hunter. Secrets about his family history are beginning to be revealed. Adrien is starting to discover truths, and it’s only a matter of time before he breaks from all the changes that are being thrust at him. He has matured a lot in this book. He’s a jealous lover but also becoming his own man. He understands Nicolas’ need to follow the path he set for himself but did it have to come at the price of Adrien’s heart? While Nicolas is spending time with his betrothed before the blood bond that will tie them together for eternity, Adrien is training with his former hunter mentor, Roland. Roland is trying to get Adrien to learn that he has powers beyond his soul sword, but Adrien is struggling. He’s lost faith in his abilities and with the upcoming nuptials, he has no reason to continue as a hunter.

Francois is Adrien’s brother whom we met briefly in book one. He’s traumatized by what happened at the hands of the hunters. The nightmares haunt him, and all he wants is for Charles to let him go. Charles is finally learning that he deserves happiness and Francois is it for him. He knows he’ll seek revenge on those who hurt Francois… he’s just biding his time.

Nicolas, that sweet, sweet vampire. He believes in sacrificing his happiness for the good of the clans and the vampires as a whole. Bringing the two rival clans together for the sake of peace he feels is his duty. Secrets not only unfold for Adrien but for Nicolas as well. Nicolas discovers who he really is and about a past that only his brother Jean and his enemies are privy to. We don’t see a lot of Nicolas in book two. Not the way we know him in book one, and that’s where the time travel comes into play. He’s still formidable as an ancient, but he’s not the same Nicolas we’ve come to love.

This book has a lot of twists and turns. The characters and plot are getting more complex, but the way the author expertly weaves it, you’ll be hooked. Definitely a page-turner and I couldn’t wait to get to book three. Highly recommend. This book is not a stand-alone. You most definitely need to read book one first. Happy reading.