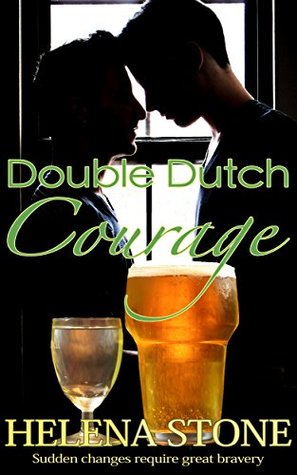 Ronan Collins has spent most of his life in Dublin hiding who he really is. Coming out would hurt his mother, and Ronan isn’t going to be the second gay man to do that. When he receives news the father he has never known has died, leaving him both a house and a business in Amsterdam, he jumps on the opportunity to get to know the man who fathered him and to discover what he’s been denying himself for years.
Lucas Brandt thought he had it all when Paul Kelly offered him a job and rooms to live in. With Paul deceased he fears he may be about to lose both. He didn’t even know Paul had a son, and now this stranger is on his way from Dublin to pull the rug out from under Lucas’s feet.
The two men don’t expect to like each other, never mind feel attraction. With numerous reasons why hooking up would be a bad idea, why does giving in feel so much better? And is Ronan’s back story really as he’s always imagined it to be?
Sudden changes require great bravery. Can both men find the courage to be true to themselves and each other?

Ronan Collins is a twenty-year-old young man, living in Dublin with his mother. His life changes when he received a notary letter informing it that his father is dead and Ronan is his heir. Ronan’s disconcerted by this letter since he never knew his father because he’d abandoned his mother when she was three months pregnant with him.

Ronan decides to see what this mysterious father wants to offer him in his death. For that, he will have to move at Amsterdam and work with Lucas, his father’s assistant.

What’s supposed to be a walk in his father’s life will become the journey of Ronan’s life and future.

Double Dutch Courage is my first book from Helena Stone the author.

This book is a quiet journey in Ronan and Lucas’ life. When Lucas is scared for his future since everything will depend on what Ronan will do, Ronan is scared of himself. Saying that Ronan is in the closet is an understatement, the guy is so deep in the closet that he often takes the tea with Asla. But I understood why. He’s scared of hurting his mother—plain and simple. Otherwise, Lucas hasn’t a problem with his sexuality, but he refuses to take advantage of Ronan. Together, these two young men will get to know each other as work partners, then friends and then lovers. They also learn more about themselves.

I liked the relationship between Ronan and his father. (Yes you read me correctly, and no, I didn’t forget what I wrote above). Even if Ronan and his father are strangers and never saw each other, they are similar, more than what Ronan thinks. First, Ronan is the spitting image of his father. Second, they share the same creativity and field of work. Finally, they’re both gay and they’d both struggled with their sexuality. I liked this kind of mirror effect between father and son.

I can’t say that I disliked the book, but I can’t say that I liked either. This book wasn’t for me. I’m use to books with a faster pace (it matches my personality I think), so sometimes the book couldn’t hold my attention. Besides, the characters were kind of one-dimensional, and it missed something for my taste.

But it was well written, the author has talent, and her descriptions of Amsterdam was so vivid that I had the feeling of being there with them seeing the colors and smelling the odors of the beautiful city.

It’s 3 OptimuMM for the Irish and his Dutch lover!