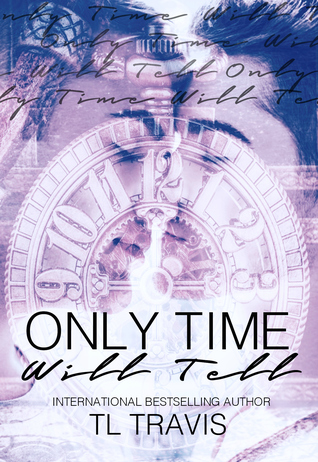 Two men, one watch…
When Alex and Charlie met, they instantly clicked. Throughout the years, their bond grew from friends, to lovers. But when Charlie’s father passes away something inside him changes. Alex feared their relationship was over and knew his heart would never survive.
Things spiral out of control as Charlie’s erratic behavior leads Alex to think the worst. During an intense argument, they’re transported back in time. When Charlie comes to, Alex isn’t by his side. Frantically, he searches for him. But when he finds him, he’s surprised Alex doesn’t remember who he is.
Charlie must make Alex fall in love with him again. But what happens if he doesn’t?
Will this be the end of their relationship, or will it be game over for them both?
Only Time Will Tell is an Erotic, M/M, Time Travel/Sci-Fi 56,000-word stand-alone Romance for those over 18.

This was my first book by this author, and I will read her again. I was nervous about a time travel story because I think I expect too much. I want timelines to work and not get confused. This author did ok with this. I mean the MC’s have known each other since childhood, but when they went back in time, one didn’t know the other. This confused me a bit, and he was going to marry a woman. I thought he had always been gay? So yeah, it was a bit confusing for me.

Alex and Charlie are an amazing couple that have grown up with each other being the best of friends. As they get older, they both realize they’re made for each other, and neither of them can imagine being with anyone else. The connection these two have just fills your heart with happiness and jealousy. And the chemistry. Holy hotness. They steamed my glasses a few times.

When Charlie’s dad passes away, their life as they knew it changes. Charlie tries to figure out why his father was gone all the time and puts the pieces together. He inherited everything including his dad’s pocket watch. Alex wants nothing more than to help Charlie through this difficult time, but Charlie’s behavior is erratic and uncharacteristic. After a big fight, they are transported back in time, and Alex has no idea who Charlie is. In fact, Alex is engaged to be married to a woman.

Can Charlie get Alex to fall in love with him again? Will either of them see the happiness they deserve with each other? Their love story will have you rooting them on, have you in tears, and you will get upset for them. Their love is so natural and you want that for yourself.
This is truly a beautiful love story, and I hope you enjoy it as much as I did.

One thought on “Review: “Only Time Will Tell” by TL Travis”