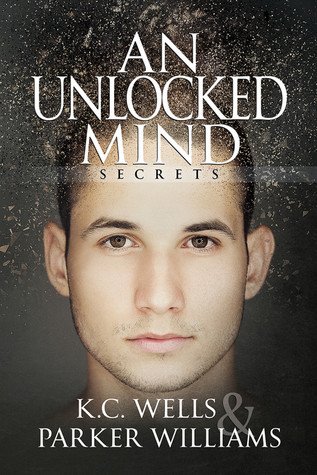 Rob Daniels is determined to prove to himself that his brother Alex got it wrong. Alex believes he found love through BDSM; Rob is certain that’s not possible. He even makes several visits to a London club to prove his point. But when he attends the grand opening of Secrets, Rob gets a shock, one that has him fleeing, vowing never to return—until he does… and runs into the brick wall that is Dom Vic Prentiss. As first meetings go, theirs is a disaster.
The more time he spends around Rob, the more convinced Vic becomes of two things—one, something is eating away at Rob, and two, he’s looking for something. Every instinct tells Vic to help him, but trying to unlock the secrets hidden in Rob’s mind requires a key. All Vic has to do is find it. Because maybe then he’ll get to see the real Rob, the man who’s scared to let go….

Book two in the Secrets series turned out to be my favorite in the series so far, including its predecessor Collars and Cuffs. Rob and Vic had an unfortunate encounter one night at the newly opened BDSM club called Secrets. Vic is taken back by the young man who calls him a derogatory name and storms away from him at the club. With his night ruined, he decides to head home and spots the young man walking and shivering away from the club. He decides he can’t in good conscience allow the man to walk alone and offers him a ride. What he didn’t expect was the man who insulted him would turn his world upside down, in the best possible way.

Rob is such a complicated character. If you read book one of the Collars and Cuffs series, you’ll remember Alex and the brother that humiliated him and made his life hell. In this book, you’ll see the same Rob we already met, and then we see the side of him that had me falling in love with his hot-mess self. He’s been so angry and hateful for so long that he doesn’t know how to break out of it. He starts going to the BDSM clubs to prove to himself that his brother is weak. Rob wants to prove to himself that he’s a real man unlike the naked men on their knees. Of course he’s in complete denial. He’s never found anyone at the club that’s caught his attention until he sees the big sexy man in leather. After their disastrous encounter, Rob seeks the older man out and starts a friendship between them. Rob pulled my heartstrings from the very beginning. I love the side of him that Vic pulls to the surface. He’s such a brat, and I laughed so many times at his sassy self.

Vic is not the typical Dom I’ve read so many times. He’s this handsome, intense man, and has the biggest heart. He wants to help this damaged young man find his way and help Rob mend the hurt he has caused. He wants Rob to be a better man. Vic’s strength as a man and a Dom is exactly what Rob needs. As Rob begins to assert himself into Vic’s life, Vic realizes that Rob is exactly what he’s been missing.

Parker Williams writes in a way that’s gritty and intriguing. He’s like a chameleon. None of his characters are the same. They are each so very different. KC Wells is such a sassy romantic. Her guys are always lively, and her storylines are some of the best.