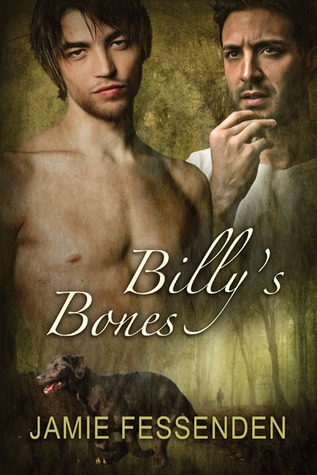 Kevin Derocher was thirty-two when he walked into Tom’s office, newly married, a baby on the way, and the collar of his red flannel shirt pulled up to hide the bruises around his throat from when he hanged himself in his garage. After his initial consult, therapist Tom Langois believes he’ll never see Kevin again—but Kevin turns up three years later to make repairs on Tom’s new house.
Kevin and Tom become fast friends, and Tom begins to suspect Kevin may be interested in more than friendship. However, Kevin remains haunted by something from his childhood—something so terrible he blocked it from his mind. These suppressed memories make it impossible for Kevin to get close to anyone without panicking and lashing out, sometimes violently. But as his past begins to surface, it becomes apparent that Kevin may hold the key to a twenty-five-year-old mystery: what happened to Billy?

A failed suicide attempt is all it takes to change a man’s life. After being hospitalized, upon conditional release he sees a therapist that only wants to help him but knows he’ll never see the man that intrigues him beyond that one visit. When the therapist moves to a small town and buys a house with a hot tub that doesn’t work, he’s advised to call a local handyman that can fix anything. When the handyman shows up, it’s none other than the intriguing man from three years ago who he never thought he’d see again.

Tom wanted a quiet life away from the city. He bought a house that needed some repairs, but because of its charm and the alluring hot tub on the porch, he was sold. Soon after moving in, the hot tub decided it needed some repairs or Tom needed to just buy a new one. A local handyman was referred. When it ends up being the man that he’s thought of often over the past three years, the last thing he thought would happen was a budding friendship. As the two got closer, Tom had to reign in the urge to analyze the other man. He wanted to help him, but he also wanted his friendship. Tom didn’t expect to start having deep feelings for the man, and when he learns the feelings are reciprocated, all he wants to do is help the other man by sending him to his colleague to face his past…but at what cost?

Kevin uses his quick wit and quiet demeanor to keep people at a distance. He has no idea why he attempted suicide. He just did. There’s a lot about his childhood he’s kept hidden so well that even he doesn’t know what happened. He’s open sexually, at least he’ll talk about it, but the act of doing it does nothing for him. His aversion to any kind of intimacy has left him alone after his wife left him. When he becomes friends with Tom, he knows he likes the man, probably more so than anyone else. But he doesn’t know what it means. When Kevin and Tom become more than friends, Kevin wants to do anything that will make Tom happy including seeing his friend and therapist colleague. When a therapy session brings Kevin’s memories to the surface, Kevin has no choice but face the demons that have haunted him for most of his life.

This book killed me. It is not a fairytale and definitely not for the faint of heart. Jamie Fessenden has a unique writing style that was fascinating. He pulled me into this story, and it was days before I could pick up another book. I was emotionally wrecked by the end. Every single thing about this book was so thought out and written so eloquently that I was spellbound. I can’t say enough good things about it.

This book is one I will read again and again for many years to come.