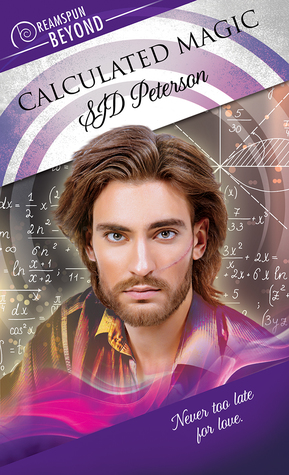 Never too late for love.
Three-hundred-and-fifty-year-old warlock Tikron must find his true love or forfeit his immortality. But if he hasn’t found his ideal mate in all these centuries, the prospects don’t look too bright.
That is, until he sees mathematician Richard Beaumont. It’s love at first sight and Tikron’s future just go a whole lot brighter.
Except Richard doesn’t believe in love at first sight. He doesn’t believe in love at all. He certainly doesn’t believe in magic. His life is ruled by statistics and logic, and they tell him a relationship with Tikron has only a 10 percent chance of success. That’s unacceptable—even if the attraction between them is off the charts.
With his powers waning and the clock ticking down, Tikron’s last hope is showing Richard the true meaning of magic. 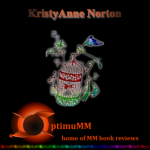 This Dreamspun Beyond novel is a unique tale of romance between two men who are complete opposites. In this tale of sexy warlocks and nerdy mathematicians, time is not a luxury the sexy warlock can afford. Being immortal isn’t what it’s cracked up to be when the coven leader puts a spell on Tikron. He either finds his true love by his three hundred and fiftieth birthday or he dies. It’s either that or his mother has to wed the coven leader. With help from his best friend Ryxium, the two try everything to break the curse but nothing works until Tikron sets his eyes on an introverted math genius at the local coffee shop.

Richard doesn’t believe in anything that he can’t see and touch. Magic is nonsense, and he’s not going to be persuaded even if the one doing the persuading is a sexy Adonis. He has everything he needs or wants, he has his math, and his dog. He doesn’t need or want anything else. So when the perky waitress at the coffee shop he frequents like clockwork sits across from him, he’s instantly annoyed. He doesn’t do people. She’s only conversing with the prickly man because the Adonis at the counter won’t stop looking at Richard like he wants to consume him. That confuses Richard, and now he’s even more determined to not deal with all this crazy nonsense. As he leaves, he runs into his admirer, and I wish I could say sparks fly but nope. Richard has to believe in Tikron, and everything Tikron is before these two can have any chance.

Tikron would rather die than let his mom be miserable for the rest of her life. His mother had one true love in Tikron’s father before he passed away. When the coven leader cursed Tikron, it was for purely selfish reasons. Tikron doesn’t want to die but as him and his best friend Ry discover, only true love can break the curse. Tikron never thought he’d find his soul mate until he spots a ordinary looking man in a coffee shop. He can’t believe he actually found his soul mate, but now he has to convince the grumpy, standoffish man that magic is real and that Tikron is his fated mate. Easy right? Ha. Richard thwarts his advances and isn’t falling for the brute that easily. He and Ry have to get creative if Tikron ever wants the surly man for himself. Shenanigans ensue. A sassy squirrel, a missing dog collar and a best friend uninvitingly popping in while definitely not using Richard’s front door.

I really enjoyed this. The characters were fantastically written, and the plot was interesting. Definitely nothing I’ve read before. I loved Richard’s change throughout the book as he discovers love and magic. Tikron and Ryxium were hilarious when they got going. I’m really hoping for Ry to get his own book. All in all, this was a fantastic paranormal, and I definitely recommend it.