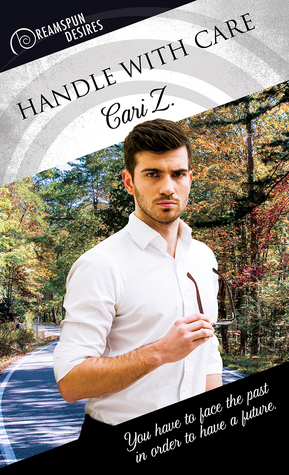 A fragile heart needs extra care.
Burned-out social worker Aaron McCoy is on vacation for the first time in years–boss’s orders. Road-tripping to his brother’s wedding with his best friend, Tyler, seems a fun way to spend the mandatory two-week leave, and they set out for Kansas–and a difficult homecoming.
Aaron’s mother was a drug addict, and his adorable younger brother was quickly adopted, while Aaron spent his childhood in foster care. As Aaron mends fences, Tyler hopes to show him that this time, he won’t be left behind to face his problems alone.
Aaron’s opening up to how right it feels to be with Tyler and to the possibility of taking the leap from friends to lovers. But along with the wedding celebration comes a painful reminder of the past. Aaron’s heart is still breakable. Can he put it in Tyler’s hands?

Aaron is a social worker who cares for his children. He was one of those children himself, and he understands better than anyone what they need. But Aaron overworked himself too much, never taking a vacation and working all the time, including on a Sunday night. That’s why his boss decided to take matters in her own hands and sent him on two weeks’ forced vacation.
Without anything to do, Aaron and his best friend, Tyler, decided to go to the wedding of Aaron’s little brother, Zack.
Aaron and Tyler have been best friends since high school. Where Aaron is over-dead-serious all the time, Tyler is a child stuck in an adult body.

Handle with Care by Cari.Z was a sweet romance book that I enjoyed to read.
Aaron has been hurt and traumatized by his childhood. A father in jail and a junkie as his mother had put Aaron and his baby brother Zack on the CPS radar. Then, Zack was adopted when Aaron was sent away. After being moved from one foster family to another, Aaron ended up with Tyler’s family and finally found a home. I liked Aaron; even if he’s too serious, I liked him a lot. He wears the stigmata of his rough childhood on him, but he tries to overcome it. I liked his sensitivity and humanity.

Tyler has taken care of Aaron since they were teenagers. He always puts him first, even if he acts like a child most of the time (if not all the time). But when it comes to Aaron, Tyler is an overprotective warrior ready to fight for him. I adore Tyler, he’s immature and super fun, but he’s also very smart, loyal and perceptive. He knows Aaron better than Aaron knows himself and knows how to talk to him, to take care of him.

The book is a journey in Aaron’s life. While he revisites his past with Tyler by his side, Aaron also realizes that he can have the future he wants, with the person he’s wanted for a long time.
The writing and the plot were good. It was a good read, fluid and dynamic, full of humour and feelings, not too deep, but not too superficial either.

If you want to read a sweet, funny romance, Handle with Care will do the job.