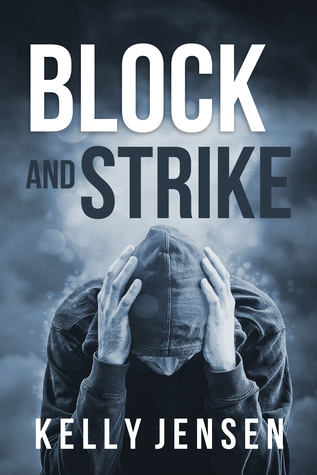 Jacob Kendricks is three months out of prison, estranged from his daughter, and ready to get his life on track. Taking care of the bum curled up on his doorstep isn’t part of the plan. When he realizes the man has been assaulted, Jake takes him to the hospital, where he learns that Max is his downstairs neighbor… and that he could really use a friend. Keeping Max in the friend-zone would be easier if he wasn’t so damned cute.
Maxwell Wilson has been bullied for years, and the only person who ever cared lives too far away to come to his rescue. Now his upstairs neighbor is offering support. Max remains cautious, suspecting he is little more than a project for the handsome Jake. When he learns Jake has had boyfriends as well as girlfriends, Max has to reevaluate his priorities—and muster the courage to take a chance at love.
Just when a happy future is within their grasp, life knocks them back down. A devastating blow leaves Max lower than ever and Jake wrestling with regret. They both have to find the strength to stand on their own before they can stand together.

Fresh out of prison, Jake Kendrick’s find himself in an emotional struggle. Coming home to find a homeless man on his doorstep is not something he wants to deal with, ever. As Jake soon discovers, the man taking space on his stoop isn’t a bum but his neighbor bloody and unconscious. As Jake helps his neighbor heal from his assault, an unlikely friendship evolves into something neither man is willing to lose their friendship over. Jake’s past comes back to haunt him, and he’s in danger of losing not only the man he’s come to love but the most important person in his life.

Jake’s temper has always been an issue for him. He has a hair-trigger temper, and that’s what landed him in prison. Once out he’s determined to turn his life around and do whatever he can to get to spend time with his daughter. The friendship he has with his neighbor, Max, is the best thing that’s happened to him since before his imprisonment. They have this easygoing camaraderie. Jake knows Max is straight. Jake, being bisexual, can’t help that he starts to develop feelings for the other man, but he has a lot of secrets. If Max found out, it would destroy the friendship he cherishes and any chance of anything more.

Max has been bullied most of his life. In school, his dad told him that the beatings would toughen him up. As time went on, he learned that if he just layed there and took it, the beatings wouldn’t be so bad. He has no idea why he was targeted by a group of men in the alley near his little downstairs apartment. His next-door neighbo’rs sister, also Max’s nurse, insists that her brother will help him once he’s released from the hospital and given no choice, he accepts the sexy, mysterious man’s help. He’s undeniably attracted to Jake, but Jake is straight. Max hides that he’s gay in fear of being even more victimized.

These two guys are what I like to call a hot mess. The story was absolutely heartwarming and emotionally exhausting. I loved every page turning moment. The facets of not only the story but the characters made for one excellent read. Jake and Max taking strength from one another was beautiful. The development from a hesitant sort of acquaintances to friends then ultimately lovers was what I loved most about this book. The author didn’t stick with the status quo, they blew it out of the water. One of the best books I’ve read to date.