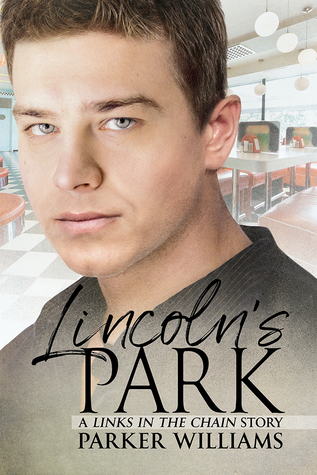 A Links In the Chain Story
Lincoln Merriweather was born an entitled brat with a silver spoon lodged so deep, it might never have come out. At the BDSM club or in business, Lincoln was a storm, blowing in and disrupting the lives of everyone he touched, until the day he met a man who peeled away the tarnished layers to expose a decent person.
Lincoln found—then lost—love.
Since then, he’s tried to atone for his past, including walking away from his family’s wealth. He opened a diner, hiring people to work for him that he would have spit on before his epiphany. He’s found peace, which he’s about to lose to a hazel-eyed man.
Noel Simmons wound up on the street when his parents discovered he was gay. His path leads him to Lincoln’s diner, where he asks for a job. He’s thrilled when Lincoln agrees to hire him, but finds his new boss perplexing. Can anyone be this kind and decent?
What starts out as business becomes something more. Noel discovers he needs Lincoln in order to feel safe. Lincoln needs Noel to complete him. But when Lincoln’s past gets in the way of his present, will the two have a future?

Lincoln grew up with a silver spoon and thought the world owed him everything. That is until he met Everett. Lincoln’s world changed and so did his outlook on life. He walked away from the family business and money and opened up a diner. Lincoln has helped many of the local homeless by hiring them and giving them money. Katy and Tyler are two of his success stories. Lincoln is happy with the way his life is going and how the diner is going. He works around the clock but he’s good with that until the day that this adorable guy walks in his diner looking for work.

Noel has been homeless for some time now and it’s all due to his family kicking him out when they found out he is gay. He helps Robert run the shelter for his room and board. He has devoted his time helping others with similar or worse situations. Noel has been looking for work though so that he can be productive in his life. He hasn’t had any luck though. With his tattered clothes and all, people just shoo him away. He walks into this diner and is given the job right away.plus some money for work clothes. Noel is in shock and can’t believe this man is being so nice and is waiting for the shoe to drop.

These two are just adorable with each other. They are pretty slow getting together but the way they look at each other when the other is not looking is cute. They each thinks the other couldn’t possibly like the other and this slows their process. Plus the fact that they both are workaholics. Katy really plays a role on moving things along. Can these two find time for each other? Can they get past their pasts? Will Lincoln’s family put a wrench in the dynamics going on? Well, please get a copy for yourself and enjoy the ups and downs of new love.