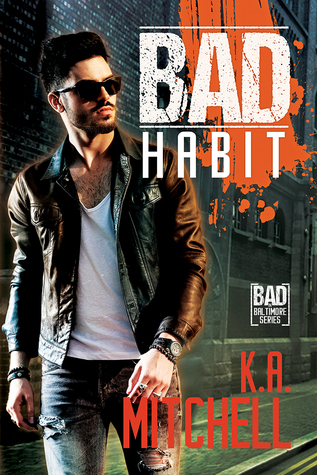 Life is always looking for ways to screw you over. Scott McDermott survived the foster care system and knows better than to let anyone close, but Liam Walsh is his one vulnerability.
Twice Scott let down his guard, and twice Liam vanished from Scott’s life.
So when Scott comes face-to-face with Liam for the first time in six years, he punches Liam in the nose. Only after Scott’s friend—and Baltimore County police officer—Jamie reads him the riot act does Scott discover that in the intervening years Liam has been to war and lost his leg.
Liam hasn’t had the easiest life either. He took care of his drug-addicted mom when she was unable to take care of herself. He’s fallen in love with Scott twice, but when Liam saw Scott going down the same path as his mother, he left. The lesson that he can’t save everyone has been a painful one for Liam to learn. Maybe what he and Scott had can’t ever be fixed.
Scott and Liam have never fallen out of love—which becomes obvious when they start working together—but what will make this time any different from all the others? Will the third time really be a charm?

This series is such a good series, and this sixth installment was so good. This author has a way of making these guys having to struggle for what they want and making you think they will give up. This one had me laughing so much. This couple really is different than the rest on so many levels. This one really hit home with me seeing I am in recovery myself and I was that mother that wasn’t always there for my children. I cried several times especially reading what they went through as kids and knowing that’s how my children use to feel.

We first meet Scott and Liam when they were in the foster care system, and Scott had a slight anger problem…LOL. They were roommates in the foster home, and Liam wanted Scott to talk to him, so he did something to piss Scott off, and Scott punched him right in the face. They became each other’s world after that until Liam went away.

When they found each other again, they were just as hot and heavy with each other. They lived together for two years when Liam just left. No note, no words as to why, nothing. Scott was devastated and swore no one would ever get close to him again. Scott and Jamie became close friends and went to a car show together. When Scott saw Liam at the car show, he did what he thought was best and punched him right in the face again. Jamie, the cop, couldn’t figure out what was going on but got Scott out of there and tried to smooth over the situation. Why had Scott punched a man with only one leg in the face?

The chemistry these two have are a once in a lifetime feeling or three times as these two are concerned. They fight their feelings with each other, or more so, Scott fights his feelings until he can’t. Their love for each other never left but can they get over the past to let it blossom? Can Liam ever be able to make it up to Scott for leaving? Will Scott ever put his walls down to let Liam in? Can a third time really be a charm? I loved catching up with the other guys, and I hope you do too.