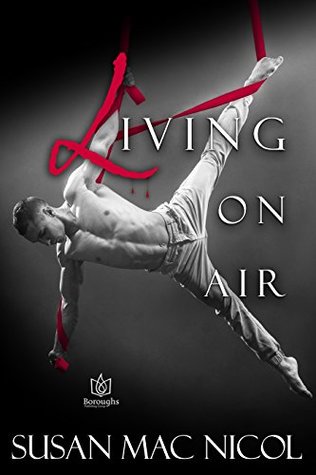 PIERCING THE NIGHT
Cary Stilwell has been existing since he was ten years old, and each year it gets harder to find meaning in his bleak life. The only exception – his work. As a top-billed aerialist in a popular travelling circus, he enjoys accolades and applause, but little else. When notable photographer, Rhys McIntyre, joins the circus to catalogue its inner workings, Cary fights the attraction that hits him from the moment they meet. But a kind soul wrapped in a beautiful body has a way of battering all the walls Cary has built around his cold, dark heart.
WITH LIGHT
Rhys McIntyre is on his third iteration of reinventing himself. Once a hotdog financier, he embraced his passion for photography and became an eminent war photo journalist. Until one too many bullets lodged in his body, and he gave up the front lines for the softer side of chronicling life. When he accepts the assignment to record life in a circus, the last thing he expects is to find the man crush of his dreams. Except Cary Stilwell is a cold, tortured man who seems incapable of any warm emotion, never mind love. But Rhys is known for his persistence, and this time the pay-off might be more than he could have ever imagined.

Living On Air is the first book that I’ve read by Susan Mac Nicol. I liked the author’s writing style, but at times there were too many clichés and comparatives. There are quite a few author warnings for this book. It delves into subjects some people may find disturbing. There are elements of the main character’s past that include pedophilia, the dark side of religion, and the horrors of war. Aspects of the story include self-harm, depression, and suicide, and the book is set in a circus where clowns are featured.

For me, the constant self-harm of the main character Cary was a little much as was his constant pushing away of everybody. I get that he’s lived through a horrible childhood trauma and childhood abuse, including rape, from an authoritative figure which leads to him joining the circus at the age of 10. But he’s been with this circus family for over twenty years and he’s still rude and mean to everybody except for a few people that he’s less mean to, like Marco—the circus clown, Julian, Greta—the owner of the circus, and Lucy—his fellow aerialist. I would have thought that after twenty years he would have been friendlier to them. I did like how Cary explains why he self-harms and the different things he uses like a box cutter, the custom-made cilice, razor blade, and in a pinch a broken plastic fork. I did think it was realistic that he had good days and bad days although for him it was more like bad days and worse days until photographer Rhys joined the circus to do a coffee table book about the circus, then he had more good days versus bad days.

I liked Cary. As someone who has experience with self-harm and childhood molestation, I could empathize with Cary. It really is a living one-day-at-a-time and battling feelings of self-worth and placing the blame on yourself for what happened, when it really wasn’t your fault. And any little thing can trigger a breakdown. Cary Stilwell has been existing since he was ten years old, and each year it gets harder to find meaning in his bleak life. The only exception—his work. As a top-billed aerialist in a popular traveling circus, he enjoys accolades and applause, but little else. When notable photographer, Rhys McIntyre, joins the circus to catalog its inner workings, Cary fights the attraction that hits him from the moment they meet. But a kind soul wrapped in a beautiful body has a way of battering all the walls Cary has built around his cold, dark heart, and Cary will go through some dark times as they start to crumble, especially when he finds out that his childhood abuser isn’t dead like he thought. Will that be his tipping point or will he finally learn how to rely on his chosen family for help?

I liked Rhys. He used to be a war photojournalist and has gotten burned out on being shot and the evilness of what humans are capable of. With PTSD flashbacks, Rhys is trying to do something on the softer side with his photography and takes an assignment to record the life in the circus. He didn’t expect to be so attracted to the cold and moody silk ribbon aerialist. But Rhys is known for his persistence, and he sure has his work cut out for him.

Throughout reading the story, I wasn’t sure if Cary was ever going to let Rhys into his life. Even after Rhys found out about his cutting, Cary still didn’t want to let him into his life or rely on him for help. And then just when I thought that they might make it, something tragic happens in the circus, and it prompts Cary to take care of his past, and he sends Rhys away until it’s been taken care of. This happens at seventy percent point in the book, and I was very worried about their relationship. Their relationship does get back on track, and I was happy with the ending, which for me was more of a happy for now ending.