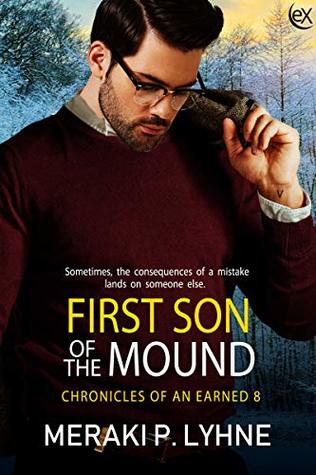 Kaleb and Jeff are working on their budding friendship and on earning the trust of their new and potential allies. In the attempt to secure his ally, Kaleb runs into new magic. Or rather, very old magic. That mistake leads to more, and not only on Kaleb’s part.
With planning a wedding, the Enki fest, the opening reception of the auction house, and the art exhibition, the Earned are stretched thin serving. Edward strikes gold when he stumbles upon a young artist with a secret. He reminds Edward of a cycles-old love—one he’s going to need to focus on as his youngest son is once again thrust into unknown kinds of magic.
The two powerful Captains and their new allegiance are put to the test. So is their friendship as Jeff continues to work on saving his marriage.

When it comes to occult things, I always find my entire being on edge. It was like this from my very early childhood. There are a lot of books out there in this genre, but when I say that the Chronicles of an Earned is one of the most genuine, I’m not exaggerating.

I fell in love with this series from the very first book. The amount of information it contains amazes me evenl now. As often with this type of book, you may find the romance aspect is lacking or “dry” but the paranormal parts make up for it!
I love Kaleb and Alex’s POVs the best. They come to into themselves gradually, and I’m happy to to witness their growth.
This book is more focused on Kaleb and Jeff. Meraki enlightens us on Jeff’s state of mind and heart. He is one of the kindest characters in the series after Edward of course. And talking about Edward…

We know from the previous books that Edward feels useless when it comes to aiding his son Kaleb. That feeling grows when Kaleb gets in more a troubled situation. But Edwards finds a way to take away his mind for a short period of time and also his past getting the better of him.
Kaleb learns more about the elements. He discovers more about who he can serve. And with that, he gains more power, but he still feels like a child doubting himself. Thanks to the Gods for the people around him who are supporting and encouraging him. He finds a strong friendship in Jeff…

Jeff takes mentoring Kaleb with all his abilities. Also, he can’t ignore his Fay part, and when he and Kaleb come across of a Fay situation, he fears the Fays repulsiveness toward him as The Abomination.

This book is full of new information regarding Meraki’s universe of ancient creatures. It’s a slow build up. It’s not easy getting into that mind space, but once you’re caught up, it sucks you in and you just want to never part from it.

I’m restlessly awaiting the next one!