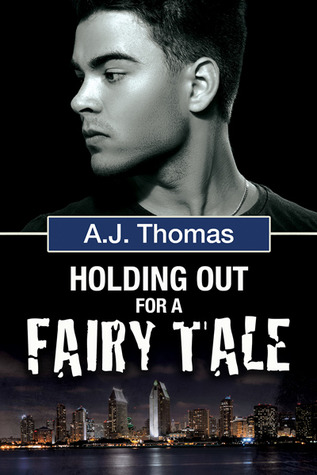 When his vicious cousin Alejandro makes a violent late-night visit, San Diego homicide detective Ray Delgado gets a brutal reminder of why he left his family behind. Alejandro wants Ray to find his sister, Sophia, who disappeared from the UC San Diego campus, before the FBI digs too deep into his business.
Special Agent Elliot Belkamp spent his entire life jumping from one place to another, but his new assignment assisting a FBI task force offers him a chance to settle down. When Elliot catches a missing person’s case as his first assignment, the last person he expects to find poking around the victim’s dorm room is Ray, a one-time hookup he’s more inclined to punch in the face than kiss hello. After discovering Sophia’s disappearance is linked to a massive computer-based theft that has two powerful crime families ready to declare war, Elliot focuses on his investigation and tries to ignore Ray. As the search for Sophia turns dangerous, Elliot and Ray discover that tackling organized crime might be easier than resisting the urge to tackle each other.

After a late-night hook-up, Ray Delgado gets a visit from his cousin, Alejandro. It’s not exactly a friendly one. Ray’s family makes up one of the major crime syndicates in California. His cousin Alejandro is the new boss. Alejandro wants Ray to find his sister before the FBI starts digging too far into the disappearance and the family business. Ray, working alone since his old partner is shacking up with his new boyfriend in Montana, gets more than he’s bargained for when FBI agent Elliot Belkamp shows up at his cousin’s dorm room. Elliot just wants a place to settle down. He’s moved from place to place most of his life and he’s tired. The FBI is investigating a cyber-crime that involves Ray’s cousin, the exact one Ray is searching for.

Ray Delgado is a hard man to love. Heck even like. He has certain expectations and few have ever met them. Coming from a crime family, at work, he knows he has to do things above reproach. He’s torn between the love he still has for the family he was raised around and the job. Ray doesn’t do long-term. In fact, he’s a one-time off kind of guy and doesn’t make apologies. His playboy ways almost lost him his best friend and former partner, and now he’s risking losing his future.

Elliot Belkamp has never stayed in one place for long and now he’s ready to settle down. While Ray is the main character of the story, Elliot has a lot of his own mystery and intrigue going on. He’s a no-nonsense FBI agent. He knows he has this crazy chemistry with Ray, but they didn’t have a favorable experience. Elliot wants Ray but he’s already been burned by the man once before.

This series is fantastic. I had so much fun reading it. The guys have so much depth and the storyline is unique and fast-paced. Ray is complicated and frustrating at times. Elliot is a powerhouse and beautiful man. These two together have a chemistry that just scorched the pages.