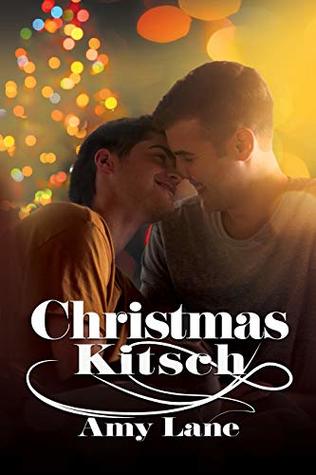 Sometimes the best Christmas gift is knowing what you really want.
Rusty Baker is a rich, entitled, oblivious jock, and he might have stayed that way if he hadn’t become friends with out-and-proud Oliver Campbell from the wrong side of the tracks. When Oliver kisses him goodbye before Rusty leaves for college, Rusty is forced to rethink everything he knows about himself.
But nothing can help Rusty survive a semester at Stanford, and he returns home for Thanksgiving break clinging to the one thing he knows to be true: Oliver is the best thing that’s ever happened to him.
Rusty’s parents disagree, and Rusty finds himself homeless for the holidays. But with Oliver’s love and the help of Oliver’s amazing family, Rusty realizes that failing college doesn’t mean he can’t pass real life with flying rainbow colors.
Second Edition — First Edition published by Riptide Publishing, December 2013. (less)

Rusty Baker is 18 years old, a freshman at Stanford and in love with Oliver Campbell. But Rusty hates Stanford, hates to live with his parents’ expectations and dreams, and wanted just to be himself and love Oliver. When he comes back for Thanksgiving, he didn’t expect to end up homeless, jobless and alone, except he wasn’t alone, and Oliver and his family take Rusty in their life and love.

Christmas Kitsch by Amy lane was a sweet Christmas story about love, family and acceptance but something was off while reading it.
Rusty is the archetype of the white, blond, American boy coming from a good family and money. He’s the archetype of the football player not dumb but not smart either who hangs out with a bunch of bullies even if he disapproved but didn’t really act against them. He’s just an average guy who wants to work with his hands rather than his head. He thinks of himself as dumb or slow, and actually, the author made sure that the reader thinks that Rusty is a dumb, white, rich guy who hangs out with racist, homophobic bullies. Rusty changed his view of his friends and family when he meets Oliver.

Oliver is poor (in comparison to Rusty’s family), he’s American-Venezuelan, he has brown skin, with brown eyes, brown hair. He’s brown. Not my word, the author’s word. Actually, the whole “brown person” is a thing in this book. It’s how Rusty presented Oliver and his family to the reader, how Oliver can sometimes talk about himself, how the author made sure that the reader perfectly understood that Oliver is “brown” and despite it, he’s a good person, better than Rusty and his family.

It doesn’t sit well with me. I won’t talk about racism because I don’t want to throw out the accusation in the air. So I will talk about a poor choice of wording and vocabulary. I will talk about the lack of creativity and vocabulary from the author, the writer. I will talk about the inability of the author to write a book about a mixed-race couple and not being able to do it properly. I will talk about maladroitness of an author who tried to give a message of love and acceptance and failed. It’s not my first book about a mixed-race couple. I’m kind of fond of these books actually because the world is full of diversity and I liked to have it in my books. However, it’s the first time I’ve read a book where the skin color of a MC was so often referred to. For example when Rusty thinks about how lonely he would be if Oliver wasn’t in his life … “…. How alone I would be if it wasn’t for the little brown person sitting in my living room….”

It was a weird read for me because I loved those characters, they are adorable, beautiful inside and outside, I read between the lines and could see how beautiful and smart Rusty was. How this lost kid found his path with Oliver’s love. This book could have been wonderful, but all these weird vibes about skin color ruined it for me.