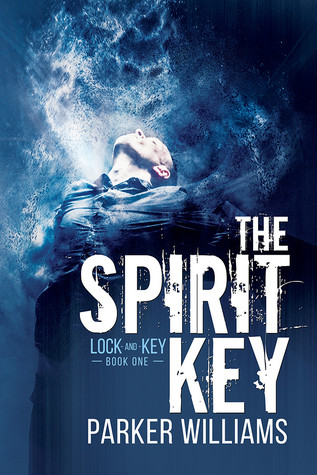 When he was eight years old, Scott Fogel died. Paramedics revived him, but he came back changed. Ghosts and spirits tormented Scott for over a decade until, thinking he was going mad, he did the only thing he could.
He ran—leaving behind his best friend, Tim Jennesee.
Scott’s had five normal, ghost-free years in Chicago, when the spirit of Tim’s mother comes to him and begs him to go home because Tim’s in trouble and needs him.
He isn’t prepared for what he finds when he goes home—a taller and sexier Tim, but a Tim who hasn’t forgiven Scott for abandoning him… a Tim whose body is no longer his own. The ghost of a serial murderer has attached itself to Tim, and it’s whispering dark and evil things. It wants Tim to kill, and it’s becoming harder for Tim to resist. To free the man who has always meant so much to him, Scott must unravel the mystery of the destiny he shares with Tim.

Scott Fogel died. He was eight years old. He would never be the same again. Fast forward to his late teens and poor Scott is barely functioning. His life as he knew it has imploded and the only action he feels he can take to save what’s left of his loved ones is to disappear. Fate finds him five years later, and she’s in the guise of his best friend’s mother, one of the only two people who could ever handle Scott and his intricacies. The other being this lady’s son who she implores Scott to save. In order for him to honor her request, he has to go back to the place where his nightmares almost destroyed him.

Scott defies death only to find himself living in a nightmare. I had a hard time with his character only because he’s a kid when these horrible things happen to him, and as an adult, everyone he’s ever loved acts like he should pay a penance to them because he only wanted to find peace and give them some sort of life outside of him and his “issues”. Well cheese and crackers, get over it people. Poor guy.
Tim is whatever. I say that only because he’s a whatever kind of character. He doesn’t add much except making Scott feel like dirt. I just don’t like the guy. He’s supposed to be Scott’s best friend, but he’s just poor pitiful me.

The storyline was great. I enjoyed the premise even with some frustrating characters. There was a lot of information to digest. It didn’t seem thrown together as Williams would never do, it just seems rushed. Like here, take it. I wish there was more. I’m excited to see where the series goes.