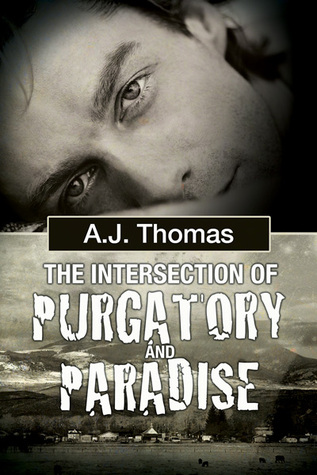 Life in small-town Montana has become hell for former San Diego homicide detective Christopher Hayes. No one will hire him, he has made the seething racism his lover Doug Heavy Runner faces at work worse by adding homophobia to the mix, and his most recent jog through town ends when two gay-bashing teenagers hit him in the head with a rock. Deputy Sheriff Doug Heavy Runner has never overcome the abusive relationship that traumatized and shattered him as a young adult. The memories, the lingering shame, and the fear he has never acknowledged have left him resigned to endure the discrimination he faces in Elkin. But he can’t stand it when Christopher becomes a target for that same hatred.
When the mutilated body of one of the boys who assaulted Christopher is found in Doug’s garage, Christopher and Doug return from a vacation in San Diego and uncover a tangle of secrets, lies, and tragedy lurking beneath Elkin’s small-town façade. With their relationship at a crossroads, they’ll have to work together to catch the killer and maybe find a paradise of their own.

Christopher Hayes is living in purgatory. He’s in hell. Christopher finds himself living in nowhere Montana, and as if that’s not bad enough, he’s getting the accusatory side-eye from the people of the small nowhere town for the heinous crimes his brother committed. As if for some reason Christopher is just as guilty. He’s absolutely miserable. He shouldn’t have to hide who he is to Doug Heavy Runner in public, and he most certainly shouldn’t have to put up with the town’s bigotry. But he’s in love with Doug, and somewhere along the line, he’s decided that should be enough until it’s not.

Doug Heavy Runner is just trying to live his life albeit it’s now two separate lives as it were. He has his life on the ranch which is his love, and then he has the life as a small-town deputy. He thinks keeping them separate will make everyone happy, but the only people he’s satisfying are the small-minded townsfolk that he has a twisted sense of loyalty to. It’s a big mess. And if Doug doesn’t figure out what matters most, he’s going to lose everything.

Christopher is miserable. He’s lonely, bored and tired. Tired of the accusations no one will blatantly throw at him, but it’s all over the faces of the townspeople and the not-so-subtle way they avoid him. He’s not his brother, and he’s not in the closet, but somehow, he’s been branded as both. He loves Doug, but he’s not sure he can handle his life anymore. He gets the opportunity to go home, and he’s not sure he’ll be able to find it in himself to leave again. He wants his old life back, but he doesn’t want to lose Doug.

Doug Heavy Runner just wants to live in peace. He knows the small town in sucking the life out of Christopher, but he’s not willing to sacrifice anything to make Christopher happy. He’s actually a pretty selfish guy. He won’t sell the family farm because he feels like he’s a failure if he does. Nothing he does is ever right or enough. Yet, Christopher won’t call the ranch home. Doug knows he has Christopher’s heart, but he’s not sure it’s enough anymore.

Oh my gosh, this series! I loved it! Except for this book. Doug is a selfish self-centered twit and Christopher, where are the brass down belows he had in book one? Where did they go, Christopher? Who are you in this book? Doug makes me ragey. I still don’t understand his misguided sense of loyalty to this messed up backwater town. Ugh to both of them. Now the other characters that come back and a few new ones are fantastic. The actual plot was great, and I still loved the series despite these two crazy guys. It’s definitely worth a read.