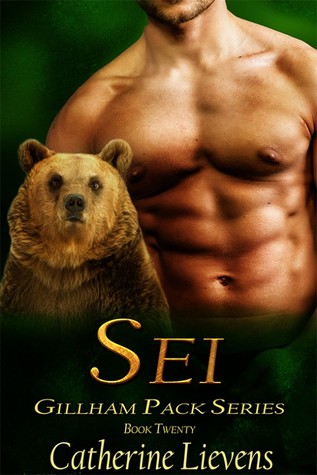 Rushing into things isn’t always wrong, no matter what everyone says.
Sei has had enough of dodging his mother’s and his aunt’s attempt to arrange a bonding for him since Clea mated with Christian. They don’t see a reason for him not to bond with someone they choose, but he doesn’t care about traditions. He wants the real deal when it comes to mating—love, lust, and a happily ever after.
Donovan is the liaison between the pack and the government. His job isn’t running around Washington rescuing street kids, but he wants to help the pack, and those kids. The last thing he expected from his impromptu mission was to meet his mate.
When Sei is overwhelmed by a crowd of reporters who have come to Gillham to find out more about shifters, he’s rescued by a bear shifter. He recognizes Donovan as his mate only once Donovan shifts, and he doesn’t let the occasion slip away. They mate within hours of their first meeting, but Sei hadn’t considered the complications that would come with it.
The attacks on the pack are escalading, Donovan’s son is vehement about his dislike of Sei, and Donovan doesn’t know what to do. Will he have to choose between his mate and his son? What can he do to keep the pack safe? Will this be the time when everything falls apart?

Sei is the twentieth book in the Gillham Pack series by Catherine Lievens. Each book is about a different couple who find their mates but they do have a storyline and plot that thread them all together so reading them in order isn’t necessary, but I do find it enhances the reading experience when you know who the sub characters are that they are talking to. The book was well written and had all of the elements that I have come to expect from a Catherine Lievens’ book.

Sei is twenty-nine, a nix, and a nurse. He’s been dodging his mother’s and his aunt’s attempts to arrange a bonding for him since his cousin Clea mated with Christian, leaving the female that Clea was supposed to be bonded with available. The only problem is that Sei is gay just like Clea is, and he wants the real deal when it comes to mating—love, lust, and a happily ever after. When he’s overwhelmed by a crowd of reporters who have come to Gillham to find out more about shifters, he’s rescued by a bear shifter. At first, he isn’t aware that Donovan, the bear shifter, is his mate until after Donovan shifts into his human self, and he doesn’t let the occasion slip away. They end up mating within hours of their first meeting.

Donovan is eighty-five, a bear shifter, and the liaison between the pack and the government. His job isn’t supposed to be running around Washington rescuing street kids, but when a call comes in from the hotline, he ends up being the one to go and pick them up. Little did he know that he would end up rescuing his mate also. But now he needs to decide what to do about his job now that he has a mate and how to introduce him to his kids. And he already knows that that’s going to be a lot of fun, not. Since his kids, even though they’re grown, still have hopes that he will get back together with their mom. They also won’t be crazy about the age difference between him and his mate.

With the escalation of the attacks on the pack, Donovan will do all that he can to keep his mate and his new pack safe.
I loved the book. It had just the right combination of heat, angst, action, and drama. And since I actually started reading this series with the next book in the series, I already know what’s going to happen. I wasn’t disappointed, and I’m sure that you won’t be also. Now I just need to read the first twenty books in the series.