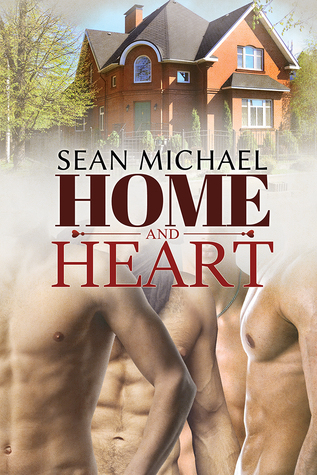 Sawyer is a man restarting his life after his husband and Master had died five years before. Sawyer fell into depression and the bottle but has cleaned up his act and has moved to a new life. He’s sure that he will never find a Master for him again, but he knows he has to give life a go. His new apartment is just what he needs until the hot neighbor knocked on his door.
Derek knocks on Sawyer’s door excited to meet this little hottie. Derek just walks in and starts talking with this quiet little man. He notices that Sawyer has no furniture and just outright asks him to stay the night with him. Derek is not shy and immediately takes to him. He invites him to a BBQ in the yard with the other two men in the building, but Sawyer is not ready for all these men, at least he thinks he’s not ready.

Benny and Luke are a couple, and Luke is obviously the Dom. They’re excited about Sawyer moving in and can’t wait to get him to play with them all. But they see the way Derek is so into him, and they hope this will not deter the plan. Luke also see right away that Sawyer is a perfect little sub and how he needs a strong Dom. Luke agrees to teach Derek how to give him what he needs. Derek is a natural Dom and can’t believe he has gotten so lucky.

This is a fun read with lots of hot sex. So if you’re ready for all the different scenarios, then get to reading.