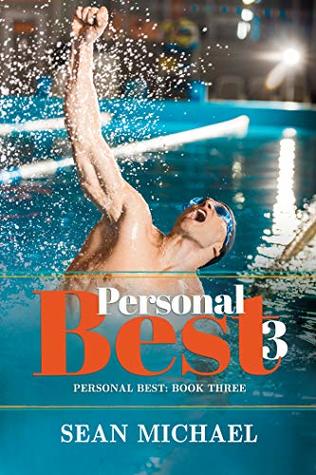 Personal Best: Book Three
Swimmer Mike Gauliet is on his way to an Olympic berth, sitting on the edge of fulfilling his potential and achieving the dreams his coach and lover, Jessy Turner, has for both of them.
All Mike wants to think about is swimming his laps faster than anyone else. Too bad things aren’t going exactly according to plan. Mike’s getting threats, and he’s afraid to tell Jessy and determined to handle things alone.
When the threats escalate to the point where Mike can’t hide them, though, Jessy takes over, moving Mike to a new training location, promising to keep him safe. Mike and Jessy try to go on with business as usual, but someone has such hatred for Mike that it seeps into their everyday life, straining their relationship, making Mike wonder if he even wants to swim anymore. Danger lurks around every corner, in and out of the pool, and while Mike and Jessy work with the police to discover the culprit, one attack leaves their life in shambles. Can Mike and Jessy find their attacker and get Mike back on track to a championship?

Personal Best 3 is the third book in the Personal Best series by Sean Michael. This is my favorite book in the series so far. I loved the plot and all of the explicit sex. The book is best if you read the first two books in the series first since the series is about one couple. This series just keeps getting better and better. I loved all of the tropes in the book. It has May/December, hurt/comfort, Dom/sub dynamic, light BDSM, Breathplay, and attempted murder all with a sports theme. I happen to love all of those so of course, I loved the book. I have read the other two books in the series, and I couldn’t wait to see what happened in this book.

In this book, Mike has recovered from all of his injuries in the previous book and is back to training to win his upcoming swim meets and the National Championship so he can qualify for Worlds and make it onto the Olympic Swim Team. However, since he’s been back to competing, he’s been receiving threatening letters. He tries to take care of it by himself until he isn’t able to hide it anymore from Jessy. He shows Jessy the other letters and Jessy does what Jessy does best. He protects his boy. However even with upgrading the security system on their house and increased police patrols, the attacker is still able to get to them, and so Jessy ends up moving Mike to a new training location, keeping it secret from everybody and it works, until they have to show up for a meet. With the things that happen in the locker room at the meet, Mike and Jessy are pretty sure they know it’s one of the other competitors, but without proof, the police can’t do anything, and so after the meet, they go into hiding again until the next meet. They can’t wait until the police can catch the attacker, and things can go back to normal, but before they can, the attacker escalates to attempted murder. Luckily the attacker’s caught, but the damage’s been done. Will Mike and Jessy be able to recover and continue with their dreams or will the attacker win and keep Mike from competing again?

I love Mike. He’s normally so vibrant and energetic, and Jessy usually has his hands full keeping him in line, but poor Mike’s put through hell in this book. At one point he even retires when his coach and lover, Jessy, is injured saving his life and he ends up taking care of him. With his retirement, he stops his diet and goes back to the unhealthy eating habits that make him ill. This is a dark and traumatic time for Mike and Jessy both. For Jessy it’s hard because he isn’t used to being cared for, he’s used to caring for Mike not having Mike care for him. It’s also very hard for Mike because he doesn’t have the Dominate/sub dynamic in his life while Jessy’s recovering and so he’s feeling adrift without the much-needed structure and rules to his life. Both are feeling stressed and out of sorts, and it puts a strain on their relationship. And the guilt that Mike feels isn’t helping. He’s convinced that what happened to Jessy is all his fault and won’t believe anything different, no matter what Jessy says.

I loved Jessy also. He’s determined to protect Mike and will do anything to make that happen including almost dying to do it. The one thing that he won’t let happen is for Mike to give up his dream of winning Olympic gold. I love how he’s able to fix their relationship after healing from his attack. Mike doesn’t make it easy though, and I love how he slowly works Mike back into training, dieting, and resuming their sexual relationship, giving Mike the structure and rules that he needs to flourish and continue with his dreams.

I can’t wait to see what happens to Mike and Jessy next in their quest to get onto the Olympic Swim Team and win the gold medal.