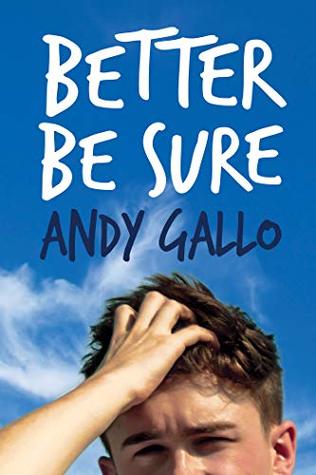 A Harrison Campus Story
When the stakes are this high, you better be sure you can win.
Jackson Murphy lost his parents to a boating accident, but they’re never far from his thoughts. He attends the same university as his parents, joined the same fraternity as his dad, and even lives in his father’s old room, along with his adopted brother, Marcus. Life brightens when he meets the man of his dreams.
Edward Knowles trades full-time college for working during the day and community college at night when his father’s factory closes. He intends to stay deep in the closet to keep his job in heating and cooling. But Jack pushes all his buttons.
Jack’s college rival challenges him to bring a date to the upcoming dance. He goads Jack into accepting even though failure means he and Marcus will lose their room and Jack must leave the fraternity.
Jack is falling hard for Ed, but Ed will never agree to go the dance. Ed—not knowing the stakes of the wager—has also made it clear that Jack taking another man will end their romance.
With pressure from friends and enemies alike, will Jack hold on to his legacy… or his heart?

Jackson Murphy is a student at Harrison University. He has the same room that his father had back then, and he shares it with Marcus Reynolds, his best friend and brother since Marcus’ parents adopted him when he lost his parents in a boat’s accident. Being in Harrison, in the same room that his father and Marcus’ father shared 25 years ago means a lot for Jackson, until a stupid bet put him at risk to lose it.
Edward Knowles is a 23 year-old man who has to work by day to help his family, and studies by night at the community college. He’s also deep in the closet, Narnia deep in the closet. When he met Jackson, he was honest about his situation even if it put them on a difficult path.
Jack needs to have a date at the upcoming dance, or he will have to leave the house. Edward is in the closet, and he doesn’t want to change the situation. A tough choice is waiting for both of them.

Better Be Sure by Andy Gallo was my first book by this author. It was a sweet book that I enjoyed.
Eddy is afraid to come out, afraid to lose his job and his family. He really wants to be with Jack, and really tries, but his fears get the best of him. I liked Eddy. He touches me a lot, and I wanted to hug him. He was adorable. He tried his best to be the man Jack needs despite his own fears. I really loved him.

Jack is confident with his sexuality. He’s loyal and fierce with his friends and protector of his brother, Marcus. Jack is also an orphan, and even if he has been adopted by his parents’ best friends and has a lot of love and support, Jack is still heartbroken about his parents’ deaths. The idea of losing his dad’s room and dragging Marcus into it, puts Jack’s anxiety at a high level. I adored Jack. He’s so strong and yet fragile, so confident and yet unsure, I loved this duality about him. I loved how he tries to protect everyone but himself. I cheered for him and cried with him.

The Mcs were good and the secondary characters interesting and funny. The book is told from Jack’s POV, and we follow him in his life from the moment he met Eddy to the night of the dance. The plot is easy to follow even if at the beginning of the book, the story was a little bit slow, with a lot of repetitiveness and too many details that weren’t very useful in some scenes in my opinion. But the more I read, the more I was into the story, and the rhythm of the book was better—more dynamic. The end was really good and I adored it, like super adored it with a huge smile on my face.
I will happily read the other books of the series.

3.5 Stars for the Quarterback and his tight end.