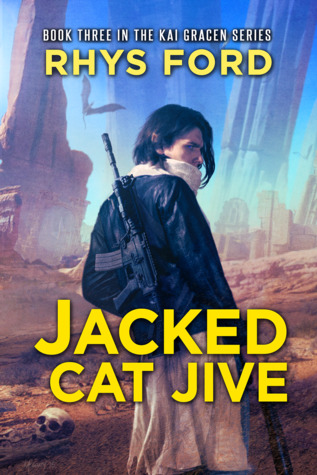 Stalker Kai Gracen knew his human upbringing would eventually clash with his elfin heritage, but not so soon. Between Ryder, a pain-in-his-neck Sidhe Lord coaxing him to join San Diego’s Southern Rise Court, and picking up bounties for SoCalGov, he has more than enough to deal with. With his loyalties divided between the humans who raised him and the Sidhe Lord he’s befriended and sworn to protect, Kai finds himself standing at a crossroads.
When a friend begs Kai to rescue a small group of elfin refugees fleeing the Dusk Court, he’s pulled into a dangerous mission with Ryder through San Diego’s understreets and the wilderness beyond. Things go from bad to downright treacherous when Kerrick, Ryder’s cousin, insists on joining them, staking a claim on Southern Rise and Kai.
Burdened by his painful past, Kai must stand with Ryder against Kerrick while facing down the very Court he fears and loathes. Dying while on a run is expected for a Stalker, but Kai wonders if embracing his elfin blood also means losing his heart, soul, and humanity along the way.

Kai Gracen is a bounty hunter but not just ANY bounty hunter. He was trained by the best to be the best. But “bounty hunter” is only a title. Kai is also the thing he hates the most, a monster. He’s fearless and loyal to a fault. He refuses to be chained down, and his rebel nature gets him into all kinds of trouble. In this installment, Kai keeps his promise and seeks revenge. But the handsome bounty hunter would never have been able to plan, not to mention have contingencies, when his heart comes in to play.

Kai is a badass. He’s one of my favorite fantasy characters. He’s gruff and fearless and makes no apologies for either. He knows his reputation, and it’s well earned. He’s the fiercest bounty hunter ever in existence right next to the man that raised him. He has so many contradictions that make him such an entertaining main character.

I thoroughly enjoy everything about this series. Rhys Ford is so different from any author, and her uniqueness makes her stories some of the best. These are not light reads. You really have to pay attention, or you’ll miss key components that make up the story. The vividness of the descriptions and the world building is phenomenal. This is the third installment of the Kai Gracen, Urban Fantasy series. This series is fast paced and must be read in order. It’s told from Kai Gracen’s POV. It’s a slow burn with very little traditional romance. The romance in this series is background and is so infused in the story that it happens almost organically. The romance is definitely not in your face, and these are not erotic tales. But magical nonetheless. Join Kai on his adventures. You will most certainly not be disappointed.