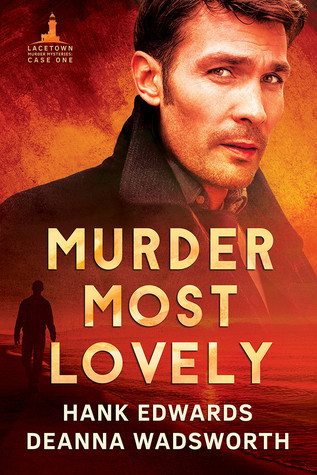 Lacetown Murder Mysteries: Case One
A killer at a small-town literary festival. Bumbling drug dealers. A kidnapped cat. Starting a romance among all this chaos might be the death of them.
Michael Fleishman is excited to meet his favorite mystery writer, Russell Withingham, at Lacetown’s Literary Fest. He is not expecting to cross paths with sexy hairdresser Jasper “Jazz” Dilworth—or become embroiled in a real-life mystery. As Lacetown’s only mortician and the county coroner, Michael is called to his first murder scene and is shocked to recognize the victim—Russell’s young lover.
Jazz only wanted to confront his ex, Russell, over his cheating. Instead, he meets the adorably awkward Michael and becomes a murder suspect. Soon Jazz is teaming up with Michael to clear his name. Along the way, they are helped and hindered by Michael’s sassy assistant, Kitty, the grumpy Sheriff Musgrave, Russell’s creepy PR rep, Norbert, and Michael’s lothario grandfather, who likes his manhattans strong and his women saucy. And of course, Mr. Pickles Furryton the Third…

Michael Fleishman is the mortician of Lacetown. He loves books and his cat Mr. Pickles. He’s excited to meet his favorite author, Russel Withingham, at Lacetown’s literary fest. He doesn’t expect to meet Russel’s ex-husband, Jasper “Jazz” Dillworth and he certainly doesn’t expect to have a crush on him.
Jazz is the soon-to-be ex-husband of Russel Withingham, and can’t wait to get divorced, especially when he meets the sexy mortician of Lacetown, Michael. Jazz doesn’t want to have to deal with Russel more than what he has already, but when Russel’s lover, Dylan, is murdered, Jazz becomes the first suspect.
Jazz and Michael will be dragged into crazy investigations between Dylan’s murder, a Catnapping and drug deals, but they still have time to seduce each other and start a relationship.
Murder Most Lovely is book one in the Lacetown Murder Mysteries series.

I liked this book. It was a mix between Murder She Wrote, Riverdale and Bones.

Michael is the mortician of Lacetown. He’s a little bit lonely, being the mortician and growing up with the dead doesn’t help his social life. So Michael reads a lot of books and spoils his fur baby, Mr. Pickles. When Michael meets Jazz, he’s is scared and excited. He’s so used to being alone with people avoiding him because of his job that He struggles at first to accept that Jazz is really into him and wants to be with him. I loved Michael, I adored this character. He’s funny, smart, badass, and passionate.

Jazz is a hair stylist at Lacetown. After his separation with Russel, Jazz moved to Lacetown. When he meets the hot and sexy mortician, Jazz wants to discover every layer of Michael’s personality. What he discovers is more than what he hopes, but being suspect in Dylan’s murder can ruin his future with Michael. I liked Jazz. He’s strong and calm with an inner little drama queen. He’s confident and wants Michael, and isn’t afraid to work for it. I liked him a lot, and he’s a perfect match for Michael.

I enjoyed this book, it was a cool and funny read. Some of the bad guys were cliché, and I like that the authors played with these clichés. The book is written from both POVs, but with little interludes from other characters sometimes thrown in, and that’s what lost me. It was a good idea at first, but sometimes it was too long and not very useful in my opinion, and it lost me in my read.

All in all, it was still a good book that I enjoyed and will happily read the next one in this series. Michael and Jazz are funny, and I love the atmosphere of the story.

3.5 Stars for Mr. Pickles and his daddies.