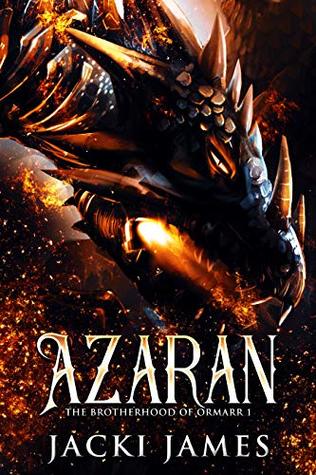 Azaran~
I was born a dragon rider. A member of the Brotherhood of Ormarr, son of Cadmar, and the eldest of four sons. I was raised to defend the innocent and protect the secret of the dragons, but when I was eighteen, my parents were brutally murdered and the training and care of my brothers fell to me. My entire adult life has been spent helping my brothers grow into the strong, brave dragon riders they were born to be. Now that the youngest of my brothers is close to adulthood, the last thing I need is someone else to worry about—someone else to be responsible for. If only the handsome doctor fate had chosen for my mate wasn’t so perfect for me.
Toby~
AlI I ever wanted was to help people, that’s why I became a doctor, but I quickly learned that modern medicine was more about the all-mighty dollar and less about saving lives. It wasn’t long before I was doubting my life choices. A vacation to the ocean was supposed to leave me refreshed and ready to get back to work, but instead, I found myself pulled into a world I never knew existed. A world where dragons are real, men fight like medieval warriors, and my soulmate has his very own bat cave. Azaran thinks the last thing he needs is a mate to worry about. Good thing I don’t need anyone to take care of me. My sexy dragon rider, on the other hand, needs someone to take care of him, and I think I’m just the man to do it.
Azaran is the first book in The Brotherhood of Ormarr series. While each book focuses on a different couple, the overall story arc continues in the next installment. For maximum enjoyment, we suggest reading in order. Azaran is a m/m romance, and is recommended for adults 18 years and older.

In the Brotherhood of Ormarr, they are honor bound to protect and serve. They were blessed many many years ago with the ability to ride dragons. Not only do they ride them, but they are bound to them. Fate also has gifted each rider a mate. That one person that’s made just for them. Azaran is the eldest son of the Ormarr clan. He has taken on the responsibility of raising and taking care of his three youngest brothers. He has a lot of responsibility on his shoulders, and he just doesn’t think he can possibility shoulder anything else fate might throw his way. Toby became a Doctor because he loves the thought of helping people. He wants to help those who need him, but being a doctor in a hospital isn’t what he signed up for. He wants to help people no matter the cost, but he’s learned that’s not how things work. He’s given a leave of absence and picks a spot on the map. This will be the place he finds that not only does magic exist, but that fate knows exactly what she’s doing. All these two have to do is embrace her gift.

Azaran lives his life for his brothers and the brotherhood. He was thrust into his responsibilities at such a young age and had no choice but to embrace the changes and see them through. This isn’t the life he chose. He wasn’t ready to be a pseudo parent for his younger siblings or be a member of the brotherhood council. Now fate thrusts his mate at him, and he’s not ready, in fact, he may never be ready. It’s too much responsibility, and he has enough of that as it is.

Toby loves this town he’s vacationing in. He loves it so much he’s pondering the idea of never leaving as one does while on vacation. He wasn’t expecting to be thrust into a family of dragon riders, told he couldn’t leave, and on top of all that, he’s the mate to the big, sexy, brooding one? No. Absolutely not. He has a life to get back to. Except when he tries to get back to it, he finds he can’t leave. He physically can not. What will he do now? His “mate” doesn’t want him, and he can’t leave. But fate doesn’t make mistakes.

This book was phenomenal. I love dragons, and love and hot sexy, brooding men. It has everything. The storyline is just getting started while the romance is off the charts. Great read!