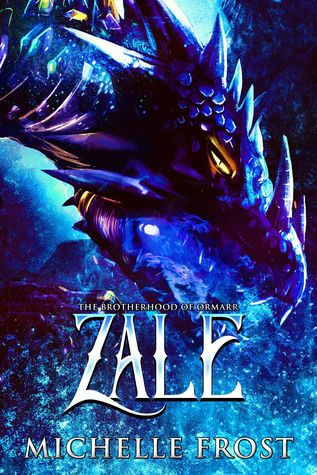 Davis~
It was just another job—at least it was supposed to be—but snaring the feisty blue dragon I’d been contracted to collect and her rider in my trap changed everything. Hunting dragons was my job, and I was damn good at it. I’d never missed a target. Never failed to make a delivery. So why was every step toward turning over my bounty suddenly a struggle? No quarry had ever managed to get under my skin, but something in Zale’s haunting blue eyes called to me like nothing ever had before.
Zale~
When Itsaso and I were kidnapped, we fought like hell but found ourselves at the dragon hunter’s mercy. He locked my dragon away, leaving me to face captivity alone. Now, all I have to rely on is the training that’s been drilled into me every day for as long as I can remember and biding my time, waiting for Davis to make a mistake. Or my brothers to find and rescue us. But something happened the first time I truly looked in Davis’s eyes, dark pools as deep and enchanting as the sea, and I realized I was in so much more danger than I thought. How could a ruthless dragon hunter be my perfect mate?
Zale is the second book in The Brotherhood of Ormarr series. While each book focuses on a different couple, the overall story arc continues in the next installment. For maximum enjoyment, we suggest reading in order. Zale is a m/m romance, and is recommended for adults 18 years and older.

Davis lost a part of his soul years ago, and now he has the chance to get revenge on the ones responsible. His father, who is also his clan leader, has tasked him with finding the Ormarr brother, Zale, and bringing him back to the clan to face justice for his crimes. Zale has no idea why he’s been captured, but the realization of who has captured him has him feeling betrayed on a completely new level. All he knows is that he’s done nothing wrong and his captor is everything he’s ever wanted except for the kidnapping thing.

Davis’ dragon was taken from him many years ago, and the loss is soul crushing. Not to mention the oil that keeps his clan’s dragons healthy is dwindling. His clan can’t take much more without some kind of intervention, and he’s hoping his captive will give him answers. But now that he’s captured the one he believes is partly responsible, he’s torn between duty and something stronger.

Zale isn’t going to let a little thing like being kidnapped get in his way of finding answers. He’s strong and willful. He knows he’s done nothing wrong and he will prove it. He just has to get past the brooding man that sets his heart on fire.

So much is happening in this book, and I don’t want to spoil anything. So I’m keeping this one vague. The plot is thickening, and we learn something is definitely happening with the brotherhood and the wraiths. Keep reading it’s getting exciting!