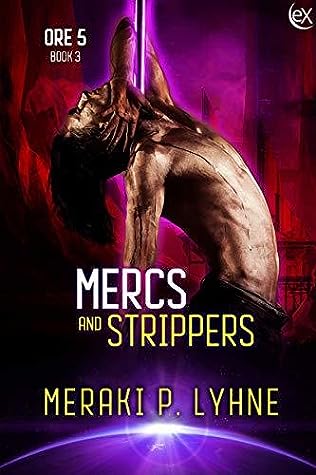 Ethan has been paired with his dad as the Corporation’s chosen lawyer, and that in itself causes both old ghosts and new challenges to be resolved.
In the meantime, Ryder tries to be the supportive boyfriend and the capable boss. But he’s in way over his head, and he knows it. When all else fails for Ryder, he at least has the dance…and a trump card on the payroll he had no idea of.
Hayden had danced himself to the honor of the last dance, yet the troubles he had in his wake were more than he and anyone else had anticipated. Once Ryder was made aware of it, Hayden found himself encapsulated in a protective shield of Brutus and his brothers.
But the mob isn’t giving up without a fight, and their methods are many and dirty.

We are back with Ethan and Ryder in this sexy-as-sin romance series. They’ve also brought along some friends we’ve met and some new characters. Ethan and Ryder are on solid ground with their relationship, and I love them something fierce. After a night out and a chance meeting with a sexy young male prostitute, they finally get the chance to put the pieces together about the men hellbent on taking over ORE-5 including Black Ryder.

Hayden is just trying to survive on this godforsaken planet. He wears a colored belt to let others know his worth, but he’s so much more. He just needs someone to help him to realize it. As a contracted prostitute he has certain obligations he must fulfill, and when the notorious Black Ryder gives Hayden an opportunity well, he’s not going to squander it no matter the consequences. He just didn’t expect the guys at Black Ryder to actually care. He’s a great character with a big heart, and you’ll love him.

Brutus has been with Ryder since the beginning. He’s the big grumbly bouncer we all know and love. He keeps everyone at Black Ryder safe and pity anyone who tries to cross him. He’s a surprise I was definitely not expecting. He has secrets not even Ryder knows. With his particular set of skills, he takes on the charge of Hayden and his safety. He just didn’t expect Hayden to get under his skin. Brutus has a rule about not being involved with his charges so the budding attraction will have to wait. With everything else going on, he definitely doesn’t need the distraction.

This series is fast paced and full of everything that makes Meraki’s books some of the best I’ve ever had the pleasure of reading. Each character is unique, and every book is fun and sexy. I absolutely love this series.