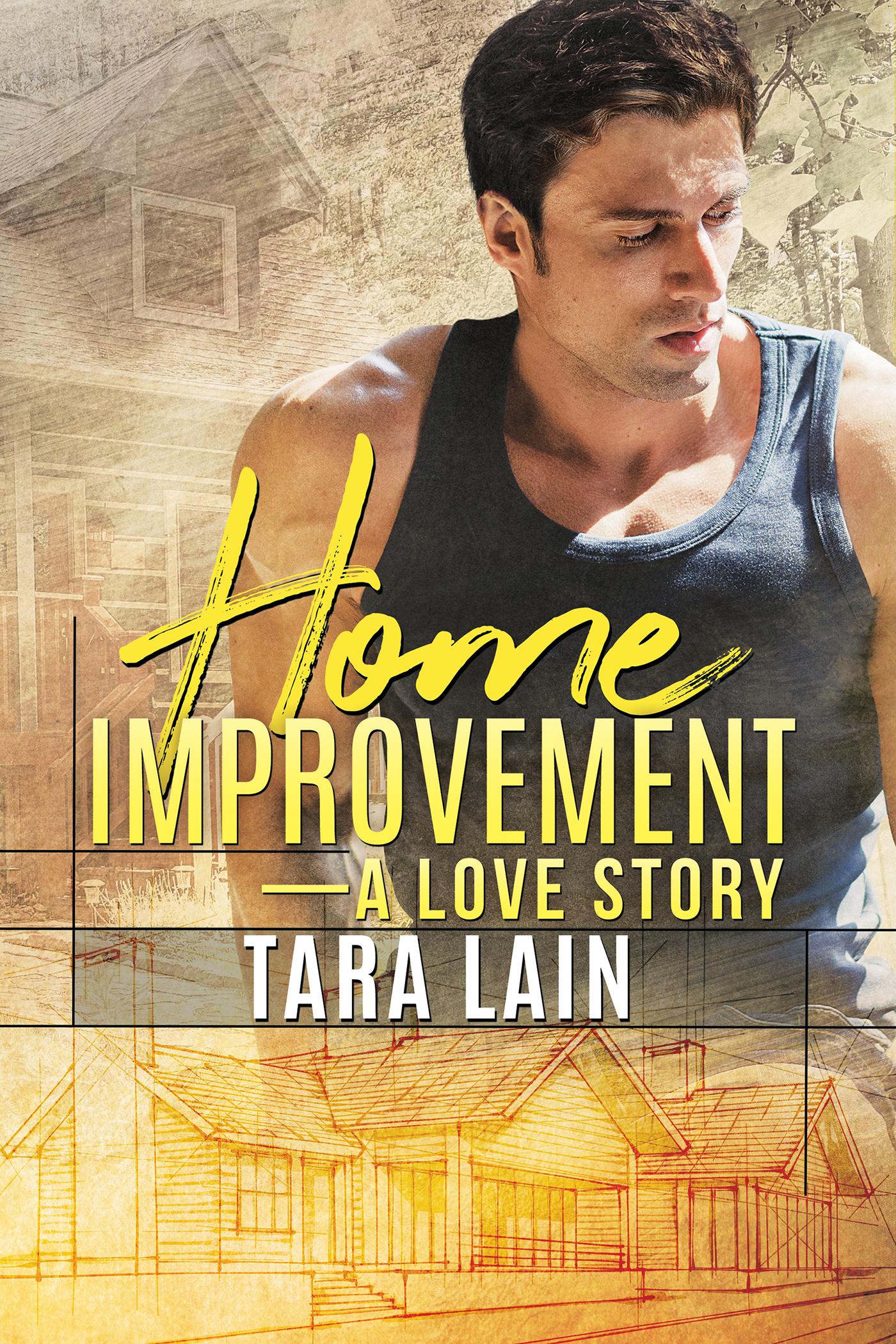 Romance on Aisle Sixteen—opposites attract amid the hammers and screws of the home improvement store.
Gabe Mason became a father at seventeen, and his daughter, Ellie, is the most important thing in his life. But being the parent the courts demand means Gabe has given up most of his dreams—education, making furniture, a gay social life—to be a model dad with a steady, reliable job in a home improvement store. Life’s predictable until Jerry, a shy, eccentric guy in a hat and sunglasses, begs Gabe to oversee the renovation of his run-down mansion.
Gabe loves the house and the work, and Jerry’s pretty lovable too, but when Gabe discovers Jerry’s secret identity, he fears their passion could overturn both their lives forever.

I loved Home Improvement—A Love Story by Tara Lain. The plot is interesting, and I loved how the book comes full circle at the end. I also liked the characters and how they were fleshed out. Gabe’s daughter was delightful, and I loved how eccentric Jerry was. It was a delight to read.

For me, the first half of the book was a little slow. It might have been because Jerry is hiding who he is from Gabe, there is the buildup of chemistry, there is the mystery of a guy that has bought a huge house and needs it to be restored but only has a mattress on the floor and a couple of folding beach chairs for furniture. And that leads to Gabe constantly having self-doubts about whether Jerry can afford the repairs that he’s having done. Then he wants to buy Gabe’s expensive handmade furniture, and while Gabe is ecstatic, it also leads to more questions about how Jerry can afford it.

The second half of the book was excellent. Gabe finds out the identity of the guy that he’s falling for, and there are misunderstandings and hurt feelings. Gabe finds out the downfalls of dating a famous person and the problems that come with it like being accosted by the paparazzi and having to deal with pictures taken and published in tabloids with false headlines that leads to his ex-wife and her new highly religious husband threatening to seek full custody of their seventeen-year-old daughter.

Gabe will do anything for his daughter, Ellie. If that means giving up the man in his life to keep her safe from his ex-wife’s homophobia and homophobic husband, then that’s what he will do. But that isn’t what Ellie wants. She wants her dad to be happy also, to have his dreams too.

Gabe became a father at seventeen and to be the parent that the court’s demand means Gabe has given up most of his dreams—having a college education, making furniture full time, and having a gay social life—to be a model dad with a steady, reliable job in a home improvement store. Gabe’s life is predictable until Jerry, a shy, eccentric guy in a hat and sunglasses, begs Gabe to oversee the renovation of his run-down mansion.

Gabe loves the house and the fact that he can do the work after his shifts at the store. He sees it as a great way to add to his daughter’s college fund, and Jerry gives him free rein to renovate the house the way that he would want it if it were his house.

I loved how Gabe and Jerry interact and how Gabe takes care of Jerry. I liked getting to see how different Jerry is from his secret identity and the choices that he makes for love.

For me, it was another great book by Tara Lain, and I recommend it to everybody.