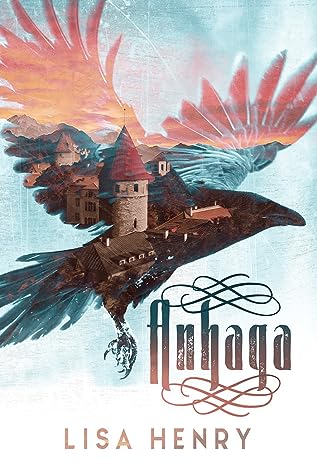 Aramin Decourcey—Min to his few friends—might be the best thief in Amberwich, and he might have a secret that helps him survive the cutthroat world of aristocratic families and their powerful magic users, but he does have one weakness: his affection for his adopted nephew, Harry.
When the formidable Sabadine family curses Harry, Min must accept a suicide mission to save his life: retrieve Kazimir Stone, a low-level Sabadine hedgewitch who refuses to come home after completing his apprenticeship… and who is in Anhaga, a seaside village under the control of the terrifying Hidden Lord of the fae. If that wasn’t enough, Kaz is far from the simple hedgewitch he seems.
With the Sabadines on one side and the fae on the other, Min doesn’t have time to deal with a crisis of conscience—or the growing attraction between him and Kaz. He needs to get Kaz back to Amberwich and get Harry’s curse lifted before it kills him. Saving Harry means handing Kaz over to his ruthless family. Saving Kaz means letting Harry die. Min might pride himself on his cleverness, but he can’t see his way out of this one.
The Hidden Lord might see that he never gets the choice.

Aramin Decourcey – Min for his friends—is a thief…a well know thief who works for the richest families in the kingdom. Everything was fine in his life until his nephew, Harry, is cursed by one of the most powerful families in the Kingdom, the Sabadines. Min has no choice; he has to retrieve their grandson Kazimir, a hedgewitch apprentice who lives in Anhaga and refuses to come home. It’s a suicide mission, since Anhaga is in the Hidden Lord’s territory, and he’s a powerful and cruel fae.
Min won’t have a choice—if he wants to save Harry’s life, he will have to succeed in his mission despite the danger and the growing attraction and feelings he might have for Kazimir…Harry’s life is at stake.
Anhaga by Lisa Henry is a high fantasy MM Romance that I enjoyed a lot.

The story is written from Min’s POV; we follow him on his crazy journey. I wasn’t sure I wanted to like Min at first because I found him rude and heartless. I found him especially harsh with Kaz, and I really wanted to beat him multiple times, but thanks to Harry who didn’t hesitate to call him on his BS. I understood him and his motivations, don’t get me wrong, he had one goal, save Harry’s life, but sometimes I found him unfair with Kaz. That was until he decided to stop lying to himself and admitted the truth. He cares about Kaz, and his situation hurts him more than he wants to admit. Min couldn’t deal with the idea of ruining Kaz’s life, but he couldn’t deal with losing Harry. It was a hard situation for him—a pure torture and I started to love him more for that, for admitting this impossible choice and his fears.

Kaz is a pure sweetheart. He’s gentle with a kind heart. He suffered a lot in his childhood, and he grew up isolated from the outside world. He didn’t want to come back with his family because he didn’t want to be mistreated again by them, but he was ready to sacrifice himself for Harry’s life, a perfect stranger. I adored Kaz. I adored his kindness, his sensitivity but also his strength and power. He was exactly what Min needed in his life and heart.

I loved this book, and the universe that Lisa Henry created that was original and captivating. Min and Kaz are more than what we see at first, and we discover them and their secret throughout the book. Like a striptease, they uncover themselves little by little.

I gladly recommend this book. It’s well written with an interesting and captivating plot.