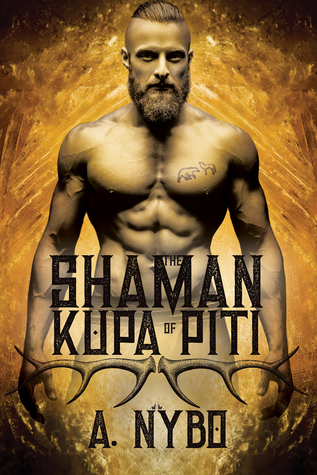 When an international case involving a series of ritual murders lands in his lap, strait-laced and logical Agent Leon Armstrong is going to need some help.
Leon follows the trail to the opal-mining town of Coober Pedy, Australia, where he gets tangled up with the wild Russian mystic Sergei Menshikov. Despite his commitment to rationality, Leon discovers he isn’t immune to the way of the spirits, no matter how much he’d like to think. When Sergei tells him he treads a predestined path, Leon’s world turns upside down.
Leon’s experiences in Coober Pedy will change his life forever, but can he hold out against Sergei and the spirits—who Sergei claims have chosen them for each other?

I loved it! I loved everything about this book!
Sergei leaves Russia after his father is murdered. He made a life for himself as an opal miner in rural Australia. His routine is simple, dig, go to Friday happy hour to the local pub, and get laid if the chance occurs. His every morning starts with his offering to the Gods to keep him safe in the mines.

But he has a dream that keeps coming back to him, and he knows that the spirits are trying to send him a message. Also, he’s done with the spirits, done as much as a shaman can be done. He runs not just from his past but also from his heritage.
Or he tries… but the spirits have other ideas. The man in these dreams gives him no rest.

Leon is investigating some murder cases that seems to have the same modus operandi, some ritualistic and very bizarre killings. After finding the latest victim, he’s led to Coober Pedy, a miner town.

Upon his arrival, Leon meets this strange man, Sergei, who is not only a witness but also a possible suspect.
That wouldn’t be a problem per se, if not for the unexplainable attraction and awe/fear this man strikes in him. He just can’t stay away from the Russian miner, and he finds every small excuse to meet him. He also puts his career in jeopardy when he repeatedly acts upon his desire. But it’s all Sergei’s fault, right? Right?!

This book has everything that I like in books. Good plot, not so mushy-mushy romance, and a lot, a lot, a lot, of new information. I like books that make me stop in the middle of a sentence to google things for better understanding. Every bit of the situations were very down to earth—from the everyday job situations to the sex scenes.

I LIKED EVERY WORD OF IT!

This is the first book of the series, and as soon as I finished it, I wanted the next in this series. Even though there is no real cliffhanger, the amount of information this book is offers and the possibility of more just makes me … oh you all know what I’m talking about don’t you? Off course you do…

I recommended it dearly, so have fun my lovelies!