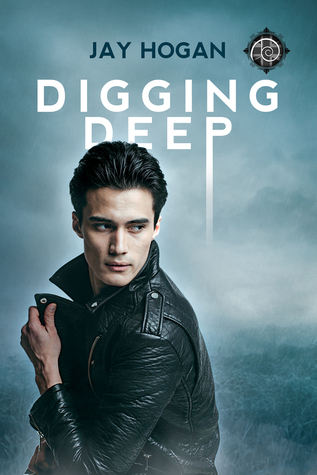 Drake Park has a complicated life. As a gay male midwife, he’s used to raising eyebrows. Add Crohn’s disease and things get interesting—or not, considering the sad state of his love life. Experience has taught Drake that most men are fair-weather sailors when it comes to handling his condition—gone for dust when things get rough. Staying healthy is a full-time job without adding in any heartbreak, so a little loneliness is a small price to pay. If he says it often enough he might even believe it. One thing for sure, the cop who arrested him isn’t about to change that.
Caleb Ashton does not have a complicated life. A senior detective with the Whangarei Police Department, he likes his job and is good at it. He works hard and plays hard, happy to enjoy as many men as he can while he’s still young enough—or at least he was. These days he feels adrift for the first time in his life, and the only thing sparking his interest—a certain prickly young midwife.
But can Drake find enough faith to risk opening his heart again? And does Caleb have what it takes to cope with the challenges Drake’s condition presents?

Drake Park is a young gay midwife who lives with Crohn’s – a chronic disease. His life is dictated by his disease, every simple thing like eating out, going to the theatre or traveling needs to be carefully prepared. Drake is single, his last relationship was a disaster at the end, and Drake is determined to never have to live that again – until Caleb.
Caleb is a hot gay cop, a bachelor who jumps from bed to bed without doing any repeats and running away from everything that might look like it’s a relationship. Everything was fine like that until he meets a sparky, bossy, hot midwife who gives him a run for his money.
Caleb doesn’t know if he can be in a serious relationship without messing it up, and Drake refuses to have a repeat of his last relationship. What are the odds that these two men succeed together?

Digging Deep by Jay Hogan is my first book by this author, and I liked it.
I loved the plot about a chronic disease, especially Crohn’s. I have friends who suffer from it, and I was glad to read a romance where one of the MCs has it. The author did her work well, and I appreciated that she took the time to research about it. Every disease is different from one person to another, but she sums the main aspects of it pretty well, and I liked it.

I loved the MCs. Drake is funny, sparky, and bossy. He refuses to appear vulnerable in front of everyone, especially Caleb. He pushes him away a lot from fear of the rejection when he will have a bad Crohn’s flare. He appears mean sometimes, and I found him pretty rude with Caleb, but I understand him and his reasons. Besides, when he realizes his mistakes, Drake works hard to make it up to Caleb, and I really love it.

Caleb is funny, sincere, and honest from the start with Drake. He admits knowing nothing about the relationship thing, and he admits not knowing anything about Crohn’s disease. But he refuses to let Drake judge him or assuming the worst about him. He fights hard for Drake, and for them. He wants a real chance to prove to Drake who he really is. I loved Caleb and his weird sense of humor.

The plot and the story were good, but there was too much repetition. All throughout the book, we read Drake pushing away Caleb, and Caleb doubting himself about their relationship. It was necessary at first when they started to date, but at some point, it was too much, and I had the feeling of turning in a circle with the same issues each time. It’s the only thing that bothered me during my read, and I admit I had to skip some passages from time to time.

Excepting this point, I really loved the story. The MCs, including the secondary ones, especially the awesome and wonderful Carmen/Daniel. I secretly hope to read a book about them and also about Aaron, Drake’s BFF.
Even if everything wasn’t perfect, it was a good book that I enjoyed.