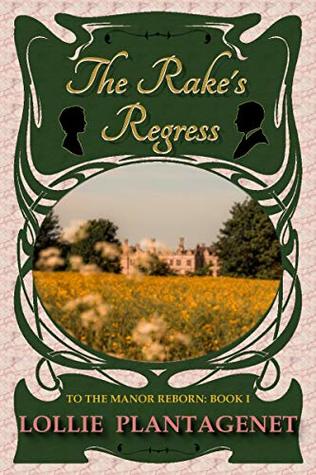 North Yorkshire, 1905
Impoverished aristocrat Archie Blankley is saved from rack and ruin when he marries the formidable American heiress Alexandria Applebaum. But when she disappears the day after their wedding, he quickly realizes that something is amiss at Denton Manor…namely the new valet his wife hired, who can’t keep his hands off of him.
Boer War veteran and former asylum attendant Hans Pierce has always wanted a young man of his own to force into regression and bend to his will. When the opportunity presents itself, he seizes it. But he knows that the young lord in his care is more than just a brattish, pretty creature—they are bound together by a tragedy that brings out the worst in both of them.
As though being held captive in an oversized nursery isn’t enough, Archie must contend with the web of secrets, schemes, and scandals that enshrouds his new life—and his unwilling place within it.
At last, ageplay erotica meets literary historical fiction in Lollie Plantagenet’s riveting debut series set in Edwardian England.
A must-read for kinky fans of Downton Abbey!
~32k words
Contains ABDL, ageplay, humiliation, spanking, and non-con

When I was given the opportunity to review this book, I was a little bit hesitant. I read the blurb, and it seemed interesting and something that I would like to read. I do like to read historical books and ABDL and age play, and I usually don’t have a problem with them being more on the dark side with some non-con. I even like humiliation and spankings, so I should have liked this book. Unfortunately, I didn’t.

The Rake’s Regress is the debut book for Lolli Plantagenet and the first book in the To The Manor Reborn series, so it has a lot of pressure on it to be great. It had potential, but for me, the blurb was better than the book. The writing was stilted, which I expected since it’s a historical, and I think the author was trying to be mysterious and suspenseful as she was slowly revealing each person’s motivations through the book. It didn’t work for me. For me, the story seemed to jump around, and it was vague as to what was going on and why and how the events were connected. I’m figuring that a lot more of each person’s motivation and secrets will be revealed in the upcoming books, but this book didn’t make me want to continue reading the series to find out.

I didn’t feel any emotional connection to any of the characters. I didn’t want to know or care why Archie’s new wife, Alexandria, who happens to be a wealthy American heiress and a Jew—not sure why that was a big deal but whatever—did what she did.

I could understand a little more about Hans Pierce’s motivations. He’s gay, he wants to regress a straight man into the role of a little, and he’s given the opportunity to do it on somebody that has wronged his sister in a way that has resulted in her death. He’s been an asylum attendant and has perfected his forced regression to being a little on the asylum inhabitants, but he wants somebody that’s only going to be his. He has another sister that’s still alive that will probably play a bigger role in the upcoming books but was only introduced in this book.

Archie, at twenty-two, has inherited the family title and the family estate. The family estate which is crumbling down around him and with no money to fix it, he needs to marry an heiress in a hurry and so he does. But then his wife disappears the day after they get married and he’s left in the hands of his caretaker, Hans Pierce or as he is called Pierce, and his world is turned upside down when he awakens after his wedding night in a huge crib and a room that has been made up as a nursery. Then the regression begins, and I did feel a little bit sorry for him, but I didn’t get a lot of background into how he lived before, so I didn’t have a lot of connection to him to really feel sorry for him. He had tried to do right by the sex worker, Olympia, who had claimed that he had gotten her pregnant. But when he’d gone back to where she was staying, the Madame said that it was already too late and that she was gone. I, like Archie, took that to mean that she had gone away to have the baby and didn’t want to be found. Unfortunately, we later find out that wasn’t the case, although it wasn’t said in as many words it was, like everything else in the book, vague and alluding to the fact that she had died by his caretaker who was her brother.

By the end of the book, the wife is back, Archie is still being regressed against his will and trying to find a way to escape his nursery prison, and Pierce is still waiting to take his regression to the next step before having sex with his little. And the book ends in a cliffhanger.

I did like how the book is told using dual points of view by Archie and Pierce, although I would have loved to see inside of Alexandria’s mind to see her motivations. Maybe we will get her point of view in the next book.