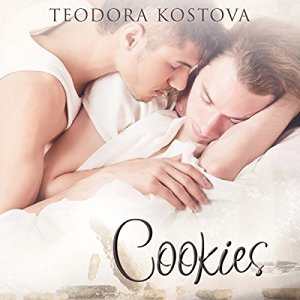 I went to war, running away from myself. I came back in pieces to find out who I really was….
It took me nearly 10 years, two tours in Afghanistan, and losing a leg to come to terms with who I really am. Two years after coming back from war, I can say that I’m finally content. I’m as fit as ever, my prosthetic leg allowing me the freedom of moving and exercising as if nothing has changed. I own a small bakery in the center of Cambridge, and I have a loyal circle of friends that I can always count on.
And yet….
Yet, there’s something missing. A part of me craves the intimacy, the deep connection to another human being. But another – bigger – part of me is terrified of letting anyone in.
My internal conflict didn’t stand a chance when I met Jay. He stormed through my defense walls like a hurricane, wrapping around me with gentle force until I had no choice but to surrender.
Surrendering has never felt so good.
Will Jay want to stay when he sees the real me? When he sees the nightmares and insecurities clawing at my soul?
My name is Amir Gopal and this is my story.

Narration: Alexander Doddy narrated for Teodora for Cookies. I had read the story back in 2016 and rated it a 5, so when the audio version came up, I jumped on it. I liked most of the cadence in the reading, but there were some strange pauses in there that nearly pulled me out of the story. Then in Chapter 15 (16 in audible), there’s a nasally wheezing sound that was difficult to get past, but I loved the story enough to push through. Overall, his voice was lovely and relaxing.

Story: There’s one thing I want to say first because I’m kind of a cover snob…story was great, but the cover did not fit the story at all. I would have loved to see Amir’s darker skin on the cover.

I was pulled into the story right from the start. Amir hit me right in the feels, and reading everything he did every day just to keep busy was tiring just reading it! And yeah, I was craving cookies! The character was well-written with detailed depth and a tragic backstory.

Jay is just a sweetheart. He just moves forward with his relationship with Amir, and he’s comfortable in his part. He doesn’t look at Amir as anything but whole, even with his missing limb. He’s loyal to his friends, even when they may just be an ass…

This was just a love story, as plain and simple as that is, it was a joy to read years ago and listen to this time around.