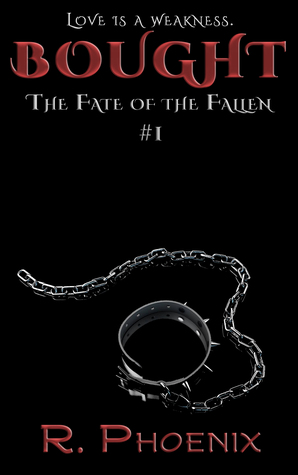 When he agreed to take the fall for his pack leader’s failed attempts to help the Rebellion, Jace knew he wouldn’t live long enough to regret it. However, instead of the noble end he envisioned for himself, the werewolf finds himself at the mercy of a witch and his depraved games. Though he clings to his conviction that he can withstand anything his new master can dish out, it isn’t long before he realizes pride has no place in his life as the pet of the controlling Elias Ivers.
Now that supernatural beings have seized control of the world, life has become a struggle for the humans who once held power. Witches, vampires, and werewolves determine the fate of every single human, but their moral compasses have long since been shattered. Rebels, free humans, and slaves all share dreams of hope, mercy, love, and more. But with their fate so uncertain, survival isn’t enough… and they may have to sacrifice what is nearest and dearest to them if they want to change their lives.
Bought, Ravel, and Recoil feature different characters whose lives begin to come together in Owned and Temper.

Narration: The story was told by Jack Noble as narrator. I liked his voice and his accent. However, the quality was pretty bad and would drag me out of the story. There is echoing and static in parts.

Story: I really wanted to like this series. I actually had it marked as DNF in my written book list from years ago, but I’d forgotten about it.

I thought I’d give it a try and I did make it much further in the books than I did when reading it. I think, for me, it was the switching POVs and feeling like things were just abruptly stopped at the ends. I know it all ties in together, which was the reason I kept listening, but it still seemed…I don’t know…unfinished or cut-off before it should have been to continue later.

This contains book 1 – Bought, book 2 – Ravel, book 3 Recoil, and book 4 Owned. I don’t plan to finish the series. I think it may have been just out of my normal reading though since other reviews and ratings are high for this series, so you might want to give it a try anyway!