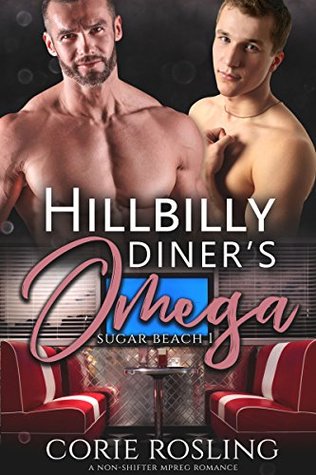 One omega on the run.
One alpha resigned to a life alone.
Until the day their paths cross and their fates are sealed.
Dai
I thought I had an alpha who would love me forever. But I found out the hard way I was wrong. Broken and bleeding, I have no choice but to run, but I have nowhere to go. No one to turn to. Until I meet him — Jace. He promises me a home. Safety. Maybe even a second chance at love. I want to believe that’s possible. But after all I’ve been through, how can I trust another sexy alpha?
Jace
I’ve always been looking for something I couldn’t find — that one special omega who could become the center of my world. I’ve almost given up hope when Dai walks into my life. One look at him, and I know. So I give him a home. A job. My heart. I’ll do whatever it takes to protect what we’ve built. The omega is mine. And I’m going to prove it to him.
Hillbilly Diner’s Omega is a steamy non-shifter mpreg 34,000-word novella set in an Omegaverse. This is a steamy younger man/older man mpreg story.

Narration: Richard Sack narrated this. It was a first for me with him, and I wasn’t a fan. His voice is older sounding, so the Dai parts just didn’t work for me. It was okay for Jace since he was older, but that’s it…just okay. I felt he read too slow in most parts and it was a bit stuttered. In parts, it was a struggle for me to get through the whole thing. But I thought the story was cute, so I kept at it.

Story: This is an insta-love non-shifter mpreg story. It’s a short cute read that had me saying aww a couple of times. Hillbilly Diner’s Omega was also my first Corie Rosling book, and if she has a new narrator, it won’t be my last listen. Otherwise, I’ll have to stick to their written books.

This is an Alpha/omega world built well in the short amount of time the author had here. I found myself pushing for Dia to have his HEA within a few minutes of starting the book. He’s a sweetheart who tried to take care of everyone he could.

Jace is a proud hillbilly that made me smile. He may be older, but it wasn’t because he was out doing every omega he could, but that he just hadn’t found the right one for him yet. I liked that since we see too many man-whore-to-perfect-mate stories out there nowadays.

I liked how there was no angst between the MCs, just the back story and the ass that Dai was with before. I was a little off about Dai’s parents and why they weren’t there for him, but it was just a niggle, nothing major.