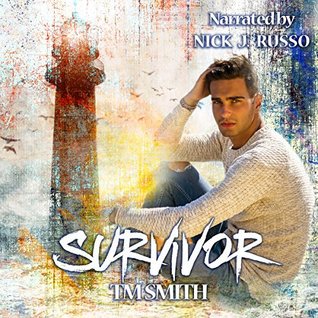 Length: 5 hrs and 33 mins
Taylor Langford’s world is torn apart when he is only 13 years old – his parents killed, leaving him alone and orphaned. With no living relatives, he’d certainly be another statistic if not for the intervention of the policeman who found Taylor in the crawl space where his mother hid him that fateful night. Despite the tragedy and resulting anguish in his life, Taylor knows how lucky he is.
Frank Moore is a rookie with the Dallas Police Department when he and his partner answer a call in Devonshire, one of the city’s more affluent neighborhoods. They think the young boy in various pictures throughout the home has been kidnapped until they find him, shaken but alive. Officer Moore recognizes the pain in the kid’s eyes, having lost his own mother to cancer when he was just a boy. He steps in, making sure Taylor is placed with a loving foster family. Over the years, Frank becomes a permanent fixture in Taylor’s life.
A decade later, the case remains unsolved and the once gangly, uncertain teenager is now a college graduate who knows exactly what he wants. He’s coming home to the man that helped mold and shape his life, the man he’s loved for as long as he can remember, Frank Moore. But Taylor isn’t the only person returning to Dallas, and while Frank is distracted by his own conflicting feelings and the new bond growing between the two, the past creeps up on them, determined to finish what was started 10 years earlier.

Narration: Another spot-on narration by Nick J. Russo. He’s wonderful to listen to and he makes rhythm of the book come alive. The quality is always spot on as well. I was able to get right into the story, even at work.

Story: This is the first book in the series by T.M. Smith and my first from them. I really liked the flow of the story. It was a slow burn, but it started so innocent with one character as a child and moves through the years. The world building was very detailed.

Taylor pulls at your heartstrings right from the start. But T.M. writes the age progression perfectly from 13 to 23. Taylor’s support system was written wonderfully and it’s a family I bet many kids wished they had growing up.

Frank is there through the years, but as Taylor’s feelings change so do Frank’s. Reading the blurb, I was worried there would be that creepy factor, but thought I love May/December stories, so I gave it a shot.

Sex scenes are hot and not too long. The secondary story of the crime that runs through the 10-year period is written very well. I had no idea!

I’ll be reviewing the next in the series as well and looking forward to listening!