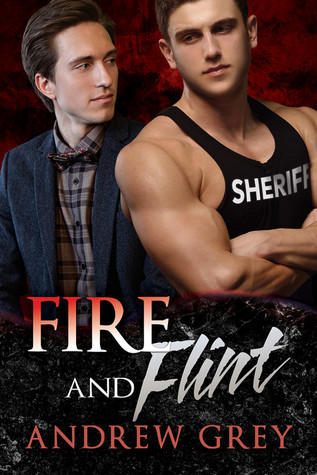 Jordan Erichsohn suspects something is rotten about his boss, Judge Crawford. Unfortunately he has nowhere to turn and doubts anyone will believe his claims—least of all the handsome deputy, Pierre Ravelle, who has been assigned to protect the judge after he received threatening letters. The judge has a long reach, and if he finds out Jordan’s turned on him, he might impede Jordan adopting his son, Jeremiah.
When Jordan can no longer stay silent, he gathers his courage and tells Pierre what he knows. To his surprise and relief, Pierre believes him, and Jordan finds an ally… and maybe more. Pierre vows to do what it takes to protect Jordan and Jeremiah and see justice done. He’s willing to fight for the man he’s growing to love and the family he’s starting to think of as his own. But Crawford is a powerful and dangerous enemy, and he’s not above ripping apart everything Jordan and Pierre are trying to build in order to save himself…

First of all, where have I been that I didn’t know about this series? When I first saw the blurb for the book, I knew it was part of a series, but I didn’t realise that there had already been six books released. Don’t worry though, it’s a complete stand-alone, so there’s no risk of feeling like you’ve missed something. I’m just kicking myself for taking so long to discover this author and his amazing writing.

Fire and Flint is an absolute page-turner, I couldn’t put it down once I’d started. The story and characters had me totally engrossed, and I didn’t want the end to come. The blurb kind of speaks for itself, and I’d be spoiling your enjoyment if I went into any further detail. What I can say though, is that these characters will find a way into your heart, and you’ll want to keep them there. Yes, it’s basically an insta-love story, and we already know who the bad guy is so there’s not much mystery to it, but it works perfectly.

Jordan is such a loving, kind and gentle man who will do anything to make people happy, even if it’s a stranger. He has such a big heart. But in the past, it has been taken advantage of, and now he finds it hard to trust people and accept them at face value. But Pierre changes everything when he enters Jordan’s life. He shows Jordan that he doesn’t have to be the one looking out for everyone all the time, and that people can give without expecting something in return.

Pierre is the hot cop everyone wishes they could have. He’s all brains, brawn, and good looks, but he’s also fiercely loyal and protective, especially of the people he cares about. Pierre even surprises himself with the level of attraction he feels towards Jordan, and how quickly he begins to care for Jordan and Jeremiah as a family unit. He wants to prove to them that he’s nothing like the people they’ve known in the past, and if they’ll let him, he wants to be a big part of their lives.

When the investigation into Judge Crawford starts to threaten Jordan’s adoption of Jeremiah, Pierre’s protective side comes out in full force. Although he never thought of having a child before, Pierre forms a strong bond with Jeremiah, and he won’t let anyone get in the way of the young boy’s chance of a family and happiness.

I enjoyed everything about this book. The plot and story were well thought out and written, and had the right mixture of excitement and sweetness. There were only a few sex scenes, but I’m glad of that because it made it more about Jordan, Pierre and Jeremiah developing and growing as a family together. It was just very genuine and realistic, and a nice little change from it all being about the two main characters and how many times they can get in each other’s pants.

This book is an easy recommendation from me, in fact, I loved it so much that I’m going to go back and read the first six because I need more, more, more. If they’re anywhere near as good as this one, then I’m going to be a very happy little bookworm.