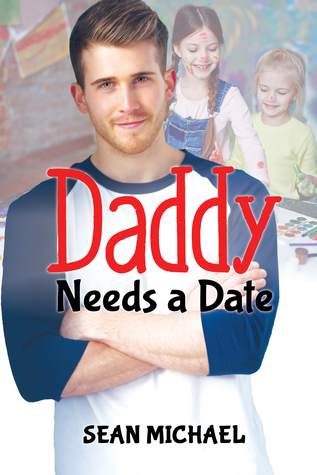 With four girls, single dad Ryan Withers has his hands too full to look for romance. He’s not complaining—he loves his daughter and the three nieces he adopted when their parents died, and he would do anything for them. He’s caught off guard when his mother and daughter decide to play matchmaker.
Alex Bernot works in disaster relief, his job taking him all over the world, helping others, for extended periods of time. He’s staying with his aunt while he’s home, and she sets him up on a blind date. Finding a special someone isn’t really on his mind, but he goes to make his aunt happy.
Ryan and Alex enjoy each other’s company more than either of them expected, and they soon make a second date. Their lives are complicated, though, in very different ways, and soon family needs and their jobs conspire to pull them apart. They’ll need to figure out how to work through the things keeping them apart, but first they’ll have to decide if they even want to…

When Ryan’s mother and daughter, and Alex’s aunt decide to play make matchmakers, they both agree to go on a blind date without knowing anything about the other one, and without expecting anything actually.
Ryan and Alex fit perfectly together, but between Ryan’s four kids and Alex’s job, can they make things work together?
I liked this story.

Ryan is a no-life dad. He’s focused on his kids, and only them, he works at home and spends all his time with his kids. He has zero social life. When He meets Alex, he wants to be with him, and he tries to make Alex fit in his life with his little monsters. I liked Ryan, he’s really a good dad, even if sometimes I think it was a little bit too much about the super fabulous dad of the century he was! Really I wanted Ryan to adopt me.

Alex is a no-life man too. The guy works, works, works. When he doesn’t work, he sleeps, eats steak and then works some more. So when he meets Ryan, and helps him with the girls, Alex realized how empty his life was. I liked him too, he was funny and sweet, and very good with the kids.

It was a sweet book, without angst or evil plot. It was a slice of life, when Ryan meets Alex and how they became a couple. We follow them, step by step how they bind together and deal with their differences.

I recommend this book, I had a great time reading it, maybe because I’m a single mom too and dream meeting my Alex, but I really enjoyed it, and the girls were perfect.
THE BEST KIDS EVER…. That’s how I realized it was a book, not real life. Ryan’s daughters don’t exist in real life…. Sadly.

4 OptimuMMs for Popsy and Lex