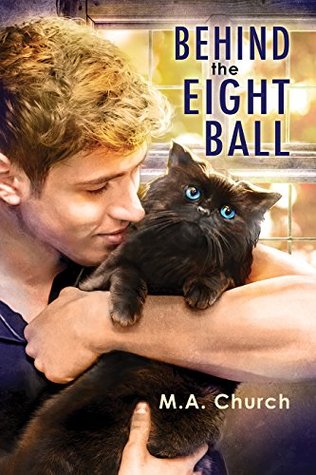 Fur, Fangs, and Felines: Book Two
A cool morning, a yard full of birds, and a kitty on a mission. What more could a werecat want? Beta Heller Wirth has it all, except a mate—a shifter mate, that is. The last thing he wants is one of those dangerous humans who kill without remorse. Heller knows about that firsthand. So what does the goddess Bast do? She gives Heller exactly what he does not want—a human: business owner Lawson Dupre.
Lawson hasn’t a clue what just happened in his car detail shop. One minute a cute client is about to pass out, and then he perks up and starts flirting. Next thing, he runs out the door like the hounds of hell are after him. Learning that Heller is a werecat doesn’t freak out Lawson. He happens to be one of those rare humans who knows paranormals exists. He even lives with one. Watch the fur fly as Heller and Lawson battle hurt feelings, misguided beliefs, and a power shift in Heller’s clowder.

Heller is a beta werecat for his clowder. After claiming how much he hated humans when Dolf mated a human, he’s at a lost when he realizes his mate is a human and runs away from him.
Lawson is human but aware of the paranormal since his 2 best friends are Vetalas. When he understands that Heller is his mate and rejected him, he’s hurt.
But when Lawson’s life is threatened, Heller doesn’t hesitate. He needs to protect his mate, human or not, it doesn’t matter anymore.

I really like this series.
At first, in book 1, I can say that I disliked Heller, a lot, he was a total asshole with Kirk. But he saved his life, so by the end, I didn’t know what to do with him. In this book, I get to know him better. He’s a great guy deep down, funny, kind and sweet. When I understood why he hated humans, I was sad and horrified for him and what he been through alone. I really love his sensibility and fragility that he shows only to his mate.

Lawson is sweet, funny, loyal, and very dominant. Even if Heller is a beta, a position of power in the clowder, Lawson isn’t impressed at all. He’s also very loyal to his friends first, but when Heller came into his life, he became his everything, and I loved it. I loved Lawson’s banter, he reminds me of Kirk, human yes, but the cats don’t get their tongues (Yes, pun totally intend).

4 OptimuMM for the Hellcat and his Human