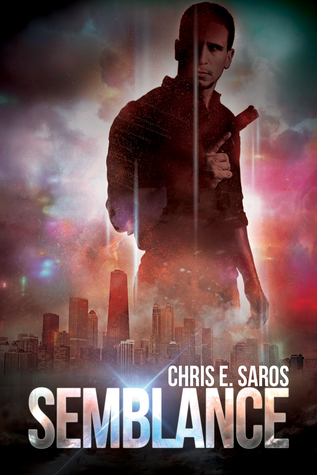 Drake isn’t looking for justice. He’s not interested in doing what’s right. He’s after one thing and one thing only: revenge. That means taking down the Boredega drug cartel—and the shadowy, seemingly invincible man who heads it—even if he goes down with them.
Drake plans to destroy the cartel from within, and he uses his nightclub, Semblance, as a front for money laundering and drug trafficking. He’s sacrificed almost everything to complete his mission, and just as he’s getting close, he’s derailed by flirtatious bartender Scotty, who offers Drake a glimpse of the happiness he’s missed by pursuing a personal vendetta. Scotty might be irresistible, but Drake has come too far to turn back now. He’ll have to find a way to keep Scotty safe, fend off persistent prostitute Natasha, feed tips to the authorities, and edge his way closer to the upper echelon of the cartel, where he can finally strike. He’ll need to do it all while keeping his intentions covert—and he’s not the only one at Semblance with secrets.

Drake is the owner of Semblance, a bar that serves as a front for money laundering for the Boredega’s cartel.
Drake has one and unique goal in his life, take down the cartel and kill the head, Boredega himself. He doesn’t have a hobby, friends, or family; he only wants revenge. But when Scotty, his bartender, shows him a glimpse of what a life with a significant other can be, Drake wants to believe that he could have a life, but first, he needs to end the cartel, even if it means losing the only man he ever loved, and his life.

The book was good.
Drake is a tortured man. He’s lonely and only lives with the goal to avenge his family. He’s completely focused on this task, and forgets to live. I felt sad for him because he’s like a ghost among the living, and he broke my heart.

Scotty is sweet, strong and smart. He wants Drake and refuses to be pushed away. I like Scotty, even if I’ve suspected there was more about him that what we saw, until the end, I liked him a lot.

The book and the plot were good, but a little bit too long. Sometimes, I had the feeling it turned in circle, and that I’d read the same thing again and again. But there’s a good twist at the end, and it hooked me. The end isn’t a happy ending, and even if it frustrated me, it was clearly coherent with the story and the plot, and I can only admit that the author wrote a good end for them in their situation.