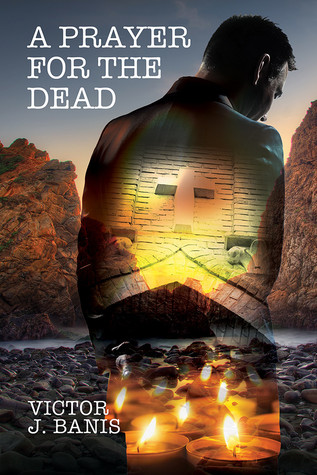 A Tom and Stanley Mystery
Second Edition
Does murder follow Tom and Stanley around, or do they follow the murders?
After a hospital stay, Stanley is invited by Father Brighton to convalesce at St. Marywood, an isolated monastery on the ocean cliffs of Big Sur. Upon arrival, Stanley finds Father Brighton dead. The order’s doctor writes it up as a death by natural causes, but those seem to be quite prevalent at the monastery. The recent demise of a young brother who fell from the cliffs is described as an accident, but Stanley’s nose is twitching. Plus the order’s finances have taken a sudden, mysterious turn for the better. Is something rotten at St. Marywood?
Stanley and Tom can’t resist digging around, even if it means testing their tumultuous relationship against a gaggle of handsome, young, virginal, and—they are told—gay men.
Continues the Deadly Mysteries Series published with MLR Press.

While Stanley is recovering in his hospital bed, a friar comes to visit him. Father Brighton is an old acquaintance of Chris, Stanley’s best friend, and invites him to convalesce at St Marywood, an old monastery on the ocean cliffs.
Stanley agrees to go with Chris, without Tom but when they arrive, they find Father Brighton dead. Most surprising, it’s not the first death in this monastery, a young man was dead a few weeks ago.
Stanley, the trouble magnet he is, understands that there’s no coincidence in those two deaths and even if he claims disliking it, the detective in him wants to investigate.
A Prayer for the Dead is book 7 in this new edition of Tom and Stanley mysteries.

Stanley starts the investigation alone, without his Tom. He couldn’t help it, he knew something was wrong with those deaths. The first part of the book is all about Stanley and Chris trying to solve this new mystery. The second part, Tom comes because he missed Stanley…ok, he didn’t say this, but I knew, he can’t lure me with false pretenses, and our super duet of detectives succeed in their mission. I was glad when he came because Tom Danzel is soooooooo Tom Danzel, and so hot, like super mega alpha hot. Even if they seem to be opposite (and they are), they’re also are complementary and really good together.

I liked this book and this story. It reminds me of a gay lighter version of the novel The Name of the Rose by Umberto Eco (I love this book). You know the old suffocating atmosphere in an isolated monastery with mysterious priests or friars here. But like I said, it was a gay version, since all the members of this community are gay.

Even if the atmosphere seems religious and heavy, the book was light, fresh, funny and dynamic. There’s some comical of situations with hilarious moments. Personally, my favorite is the naked man with the jockstrap on a cliff… Yes, it’s sounds like Clue (I loved this game), and I won’t tell you more, you’ll just have to read the book and find this scene.
It was a pleasurable read, funny with a good mystery, and I didn’t see the big explanation coming, not at all.

It’s 4 OptimuMMs for my favorite PI.