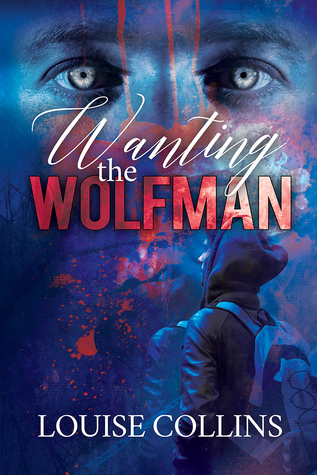 Can love be more than a memory?
Three years ago, an attack cost Joel his leg… and his memories. Though he was told a dog he’d befriended savaged him, he has one hazy recollection: the stunning silver eyes of a wolf… or maybe a man. Desperate for the truth, he struggles back into the woods where his life changed in search of his animal friend.
When he finds the wolf who has stalked his thoughts, he demands it reveal its true form, and he meets Guy, the man within the wolf. Guy is guarded, but the wolf knows Joel belongs with them, and gradually, Guy can only agree. Things fall into place, but then Joel inadvertently exposes the man and the wolf he’s coming to love.
Guy and the wolf are forced to flee, but can Joel follow?

At eighteen years old, Joel had an awful accident in the forest that cost him his leg. People told him that he was attacked by a dog, a huge rogue dog, but Joel didn’t believe them, he saw a huge wolf, but he can’t remember the accident correctly. For 3 years, Joel lived in a world of pain, confusion and severe depression. He lost his boyfriend Keen. He lost his relationship with his father, but mostly, Joel lost himself.

One day Joel decides to go back to the forest alone to find the wolf by himself. He didn’t expect to meet Guy and Wolf, and he didn’t expect to reconnect with himself either.
Joel will have to make a choice: take a risk with his safety, or have faith in Guy.
Wanting the Wolfman by Louise Collins is a standalone and the first book that I’ve read from her.
It was a beautiful and poetic story that I loved a lot.

Joel is hurt and lost. He’s hurt after his accident, at eighteen years old, his life changed completely, and Joel lost everything, starting with himself. People around him don’t know how to treat him, except his sister. His friends are awful and Keen is probably the worst human being in the entire humanity. It annoyed me a lot how Joel let people treated him badly, but when he finally fights back, he really fights back. He may have a disability, but he’s not weak and Guy, as well as Wolf, will have to deal with his fierce, strong temper.

Guy and Wolf share the same body but are two entities. Guy is human and Wolf…. Well, he’s a wolf. They aren’t the typical “werewolf” that I’m used to reading, and I loved it. Wolf isn’t in the background and comes only when he’s needed, not here. He has his temper, his own personality but he’s in tune with Guy, they are in perfect symbiosis, the human and the wolf. Guy is a caretaker, a protector. He’s alone and spent the last decade hiding in the forest, protecting wolf and taking care of him. When Joel comes into their life, Guy feels the urge to protect him at any cost. I completely melted for Guy, this guy is THE guy, strong, beautiful, loyal… my dream man!

I loved this book. The story was beautiful. It was written from Joel’s point of view, and the whole book, we follow him. How he connects with Wolf, how they bond and then how Joel has to tame Guy, how he fights hard to be with him, to take care of him too. I loved this! I loved that Joel didn’t have to tame the animal but the human.
The plot reminds me of Beauty and the Beast. The love story between the MC, the bad guys trying to hurt Guy and Wolf, Joel ready to fight and sacrifice everything for them. For me, it was a free adaptation of this tale.

The author wrote a sweet and poetic love story that put a beautiful smile on my face at the end.

I recommend this book; it’s worth your time!
4 OptimuMM’s for the Beast, his human, and their soulmate